THE SECRET OF MY SUCCESS

Night Ranger was one of the most successful American melodic rock groups of the mid-eighties. Started in 1979 by bassist/lead singer Jack Blades together with guitarist Brad Gillis and drummer Kelly Keaggy, they would add experienced keyboard player Alan Fitzgerald and second guitarist Jeff Watson to complete the group. Night Ranger released some successful records including “Midnight Madness” and “Seven Wishes.” They also enjoyed a string of top hit singles including “Sister Christian,” “Sentimental Street” and “When You Close Your Eyes.” Night Ranger was a powerful melodic rock band that created energetic hard rockers as well as intense pop/rock ballads well-suited for the mainstream rock airwaves of the era.

After their initial success, Night Ranger gained more media exposure by appearing on several movie soundtracks including “Teachers” and “Sixteen Candles.” In 1987, the band crossed paths with David Foster who had just recently completed the much lauded “St. Elmo’s Fire” soundtrack. Foster and Blades teamed up, with the help of session greats Tom Keane and Michael Landau, to write the title track for the Michael J. Fox vehicle, “The Secret Of My Success.” The result is an up-tempo rocker that followed the footsteps of John Parr’s #1 single “St. Elmo’s Fire (Man In Motion).” “The Secret Of My Success” showcases a very good vocal performance by Blades supported by Foster’s keyboards and Landau’s guitar. “The Secret Of My Success” became a good debut single for Night Ranger’s new album “Big Life.” It was a minor hit on Billboard’s Hot 100 and reached higher zones on the Mainstream Rock chart. This song was also nominated for a Golden Globe.

It should also be noted that Roger Daltrey’s “The Price Of Love” was another Foster and Blades collaboration for “The Secret Of My Success” soundtrack. 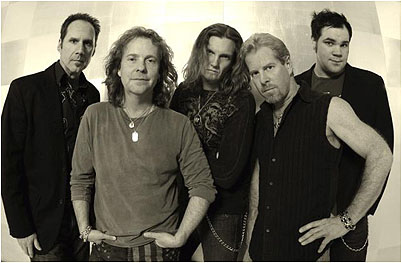 CHORUS
With nothing to show, just sweat form my soul
My heart’s on the line and I’m dying to go (dying to go)
Look at us now, gonna make it somehow

Hold on to me baby, can’t hold me down