Co-written by two of the most brilliant pop composers, Richard Page and Kenny Loggins, “Who’s Right, Who’s Wrong,” is a masterpiece of West Coast music. This smooth, jazzy ballad was first recorded in 1979 by the group Pages on their stunning album, “Future Street.” Loggins, who was a guest on Pages’ take, included it on his album “Keep The Fire” with Michael Jackson and Page on backing vocals.

In 1980, while working with Jay Graydon and David Foster on a comeback project, veteran soul singer Mel Carter cut a few songs along the lines of the best quality pop of that era. We have already reviewed “You Changed My Life Again,” a beautiful ballad co-written by Foster and Graydon with Marc Jordan that resulted from those sessions. The second tune was a cover of Rupert Holmes’ up-tempo ditty “I Don’t Want To Get Over You.” However, the real treat was a sumptuous version of “Who’s Right, Who’s Wrong.” All songs were produced by Frank De Caro and masterfully arranged by Foster and Graydon. Those tracks were released on a couple of singles by Cream Records between 1980 and 1981.

If you are interested, another great cover of this timeless song was performed by Al Jarreau and Randy Crawford. It can be found on the famous live recording “Casino Lights: Live At Montreux.” 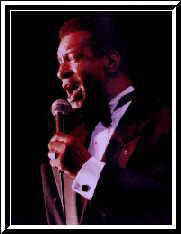 I’ve grown tired of fighting
Whether you’re right or wrong
Whether I’m weak or strong in your eyes
Cause this is a lonely feeling
Watching you turn away
Why does it have to be this way?

On and on tonight
You’ve made a point of being right
Making this a game instead of love
You should know
Where this goes.

CHORUS
Who’s Right, Who’s Wrong
When love is gone?
Who’s right or wrong — false or true
Never used to matter to you.
You’re almost crying
Saying “I’ve gotta run”
Easier said than done
Tell me why
I want to know what you’re hiding
Turn around and look at me
I’ve never been this hard to see before

If we’d only come together
For a moment here tonight
You could hold me tight
And ease your troubled mind
You should know
Where this goes
Someone’s heart will surely be broken
Before too long,
If we keep on playing this game

Talkin’ about who’s right or wrong
It never really matters
When your love is gone
Sayin’ it out
This right is wrong
If all our lovin’ is gone.