THE DAY I STOP LOVING YOU

Oleta Adams is a talented black singer and piano player who started as a gospel singer. She was discovered in the second half of the eighties by Curt Smith and Roland Orzabal, the famous UK duo Tears For Fears. She joined their band and appeared on their 1989 hit album “The Seeds of Love,”singing the chart topping duet “Woman in Chains.”One year later she started a solo career with her debut album “Circle of One,”produced by Orzabal. In 1991, the singer reached the top of the charts with a poignant cover of the Brenda Russell ballad “Get Here.”In 1993, Adams released “Evolution,”her sophomore effort that offered another well-dosed mix of covers and originals. Among the best cover songs are Billy Joel’s “New York State of Mind”and James Taylor’s “Don’t Let Me Be Lonely Tonight.”Adams’ own “When Love Comes to the Rescue”is one of the great original tunes found on the album along with Diane Warren’s intense ballad “The Day I Stop Loving You.”This last song was slated to become a single and given to David Foster to prepare a tailor-made remix for its release. Foster reworked the song with great expertise and made it absolutely perfect for the adult contemporary audience. Like the entire record, Adams’ interpretation of this song is outstanding and touching.

“Evolution”was followed by a number of solid R&B/Pop records, all centered on Adams’ powerful, vibrant voice. The singer, always at ease with pop/soul sounds, also ventured into gospel and jazz-tinged territories with great results. She recently published a Christmas record entitled “Christmas Time with Oleta.” 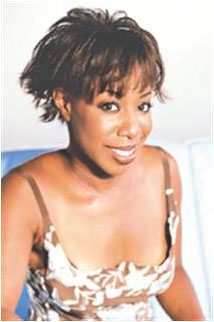 Can’t imagine a life without your love
You’re forever in my soul
I’m never letting go
I will always be by your side
No, I’ll never, never, never, no, never say goodbye

Please don’t ever stop loving me