At the end of the Eighties, David Foster worked on several movie soundtracks including “Fresh Horses” starring Andrew McCartney and Molly Ringwald, two members of the renowned Brat Pack. The movie wasn’t a box office hit and its musical score, written by Foster in collaboration with soundtrack maestro Patrick Williams, was never released. Sad really, since it is completely enjoyable and beautifully executed. The orchestral moments are pretty intense and serve the movie perfectly. There are also several previously released pop songs in the movie by the likes of ZZ Top, Starship and Aretha Franklin. The true highlight for Foster lovers is the pop ballad, “No Tomorrow” performed by George Hawkins Jr. Hawkins is a veteran session musician who sang and played bass with countless big names like Christine McVie and Mick Fleetwood of Fleetwood Mac, Bill Champlin, Al Jarreau and Kenny Loggins. As a matter of fact, Loggins co-wrote “No Tomorrow” with Foster and Arlene Matza. Like every Foster/Loggins collaboration, this song offers a delightful melody, a refined arrangement and a catchy refrain. Hawkins’ unique voice handles the song beautifully with strength and finesse under Foster’s state of the art production.

If you like Hawkins’ voice and style, we suggest you to look for his solo record, “Every Dog Has Its Day.” Released in 1996, it is a pleasant pop/rock collection that includes several guests like Champlin, Richard Marx and the late Jeff Porcaro. Although difficult to find, it is worth the effort for the quality of its musical content. 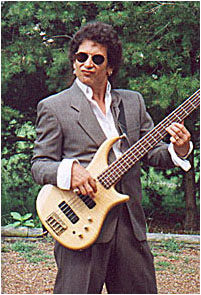