Northern European audiences have traditionally shown deep affection for David Foster’s music and productions. Through the years, many of Foster’s songs have been covered there by a variety of performers including Egil Eldoen of the group Lava and Elisabeth Andreasson from Norway, Anita Meyer from the Netherlands, plus Lena Ericsson and Pernilla Wahlgren from Sweden. Wahlgren is a talented singer and actress who comes from a family of famous Swedish actors. She has appeared on many important TV and films productions and also released a series of good pop albums. On her 1986 album “Attractive,” she did a nice remake of “Huggin’,” a delicious pop ditty written by Foster and Dara Sadaka for Sedaka’s 1982 album “I’m Your Girlfriend.” Wahlgren’s album presented typical pop stuff of the era that relied heavily on keyboards and programmed percussions. Her cover of “Huggin'” was quite faithful to Sedaka’s original and to Foster’s delicious upbeat arrangement. Wahlgren sang her part very nicely with support from effective, Michael McDonald-inspired backing vocals. 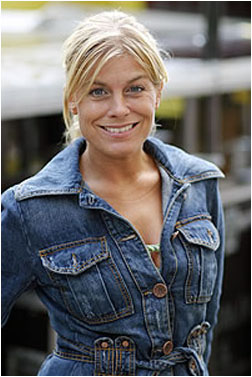