EVERY NOW AND THEN

Through the years many Japanese artists went to L.A. to work with top-notch west coast producers, arrangers and session players to give more substance and weight to their albums. The end results were mixed and not always first class especially when the compositions and/or the singer weren’t up to the amazing level of the musicians involved. Hiromi Iwasaki’s 1984 release, “I Won’t Break Your Heart” luckily belongs to the first league of this kind of albums. Arranged by Erich Bulling, a talented music maker who often collaborated with Japanese and Brazilian artists. Bulling also co-wrote the bulk of the album that’s along the lines of Earth Wind & Fire’s smooth sounds. Former EWF’s guitar player Al McKay appeared on the album together with David Foster, Michael Landau, Steve Lukather, the late Carlos Vega and Randy Kerber. Foster added his magic keyboards to three compositions, the uptempo synth heavy, “Come Softly” and two gorgeous ballads, the title track and Bill Champlin’s “Every Now And Then.” Champlin also co-wrote with Carmen Grillo and sung with Iwasaki another smooth ballad, “Both Of Us” that’s simply breathtaking. Iwasaki’s sweet voice is quite good. All but the Champlin songs are sung in Japanese but the outstanding musical background, often with lush strings and horns, makes of “I Won’t Break Your Heart” an excellent listen for those who appreciate deluxe sounds and elegant pop/soul music. 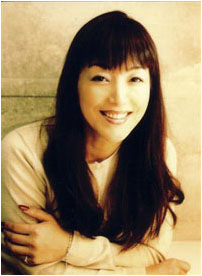