A CHRISTMAS TO REMEMBER

From ONCE UPON A CHRISTMAS
Written by Dolly Parton

Through the years David Foster has put his golden print on many classic Christmas albums including Céliné Dion’s “These Are Special Times,” Josh Groban’s recent triumph “Noel” and his own 1993 “The Christmas Album.” His first Christmas hit was the 1984 Kenny Rogers and Dolly Parton double platinum release “Once Upon A Christmas.” This record was the soundtrack of a successful TV special that featured the two superstars performing many Christmas classics plus a few new holiday-themed tunes mostly written by Parton. Foster produced the album with his usual skill, giving the audience a mix of pop and country flavored arrangements that perfectly suited the two singers’ beautiful harmonies. “Once Upon A Christmas” includes both duet and solo performances with intense moments like Parton’s “White Christmas” and Rogers’ “Silent Night.” Among the duets is the single written by John Jarvis, “The Greatest Gift of All,” that made it to Billboard’s Hot 100. It’s a catchy ballad with a trademark Foster vibe. The title track is an inspirational song with a grand arrangement for orchestra and chorus. The track that most resembles Foster’s hi-tech pop of the era is Parton’s “A Christmas To Remember” with its smooth atmosphere and jazzy feel. 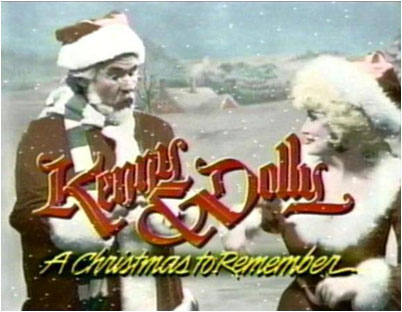 You’ve made this a Christmas to remember
Springtime feelin’s in the middle of December
Strangers meet and they willingly surrender
Oh! What a Christmas to remember
Almost went to Aspen but something told me no
I considered Mammoth but there wasn’t enough snow
And I even thought of Gatlinburg but that seemed so far to go
So I headed up to Tahoe for a Christmas on the slopes

Strangers when we met, lovers as we leave
Christmas to remember, too good to believe
Don’t know how or when, but I know we’ll meet again
We’ll come blowin’ back to somewhere like some wild restless winter’s wind

We loved and laughed and played and joked
Sang Christmas songs and talked to folks
Sleighed the fields and skied the slopes
Then to the lodge for dinner
But now it’s time for us to go
As our hearts melt like chimney snow
There’s just one thing I want to know
Can we do this next winter
Oh! What a Christmas to remember