GIVE ME THE LOVE

“21 At 33” was Elton John’s first release of the eighties. The cryptic title simply referred to the fact it was his 21st album at 33 years of age. The UK superstar, coming from the disaster of his 1979’s disco album “Victim Of Love,” rebounded quite well with this new recording that saw him moving in an elegant pop direction. “21 At 33” also witnessed the comeback of his lyricist, Bernie Taupin, who co-wrote a few good moments. The cream of the top L.A. session players appeared on the album along with some very special guests like The Eagles.

“21 At 33” was a good success on the charts and produced a big worldwide hit single with the classic ballad “Little Jeannie.” Among the album’s standout cuts is “Give Me The Love,” co-written by John with singer/songwriter Judie Tzuke that close the album. The song is a slick, up-tempo soul/pop jam with one truly irresistible groove. The mood of the song is clearly influenced by the full, refined sounds of Stevie Wonder and Earth, Wind & Fire. The classy atmosphere is enhanced by the great strings arrangement courtesy David Foster and horns arranged by Jerry Hey of Seawind fame. Around this same time frame these two talented gentlemen enriched many songs with their top-notch arrangements for people like George Benson, Earth, Wind & Fire and Quincy Jones. Thanks to Foster and Hey “Give Me The Love” sports a very good jazzy orchestral break with a piano solo played by the superstar. Bill Champlin, Carmen Twillie and Venette Gloud support Mr. John to add deep, soul feeling to the final mix. “21 At 33” was the first chapter of a new successful season for Elton John that brought him many more artistic and commercial triumphs. 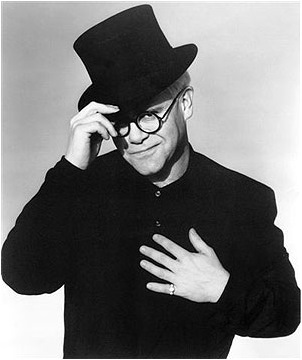 You’ve been crying, and I’m crazy about you
I’ve been lying, and hanging you up, `cause
I’m deep on the inside, but flash on the outside
I am the thunder, and you are my lightning

You’ve been trying to build walls all around you
But you’re lying, `cause I’ve already been through
And I’ve seen you trying to capture that feeling
But you’re chasing what you’ve never believed in