HER HEART IS ONLY HUMAN

While seriously ill with bone cancer, country/pop singer Kevin Sharp met David Foster through the Make A Wish Foundation. Through those hard times Foster became very close to the young performer. When Sharp went into remission, Foster secured him a record deal that resulted in his 1996 debut record, “Measure Of A Man.” That album was a platinum smash success that included the big hit “Nobody Knows,” a tender country/pop cover of the R&B hit by Tony Rich Project. Foster suggested the song to Sharp and strongly supported the singer throughout the project even though he didn’t produce anything on “Measure Of A Man.” Foster said he felt Sharp needed a producer like Chris Farren to make a great first country record.

In 1998 Sharp went back into the studio with Farren to record “Love Is,” the follow-up to “Measure Of A Man.” Foster was involved once again, this time producing three tracks on the album. Foster co-produced the country-tinged ballad “I’m Trying” with Farren and Tony Brown. He also produced a couple of other good numbers, “What Other Man” and “Her Heart Is Only Human.” Both songs are perfectly crafted pop/adult contemporary ballads co-written by heavyweight mainstream songwriters Linda Thompson and Steve Dorff. Throw in the cream of Nashville session guys like Paul Leim and former Toto bassist David Hungate and you have songs that are bound to make an impact. The production is based on a well-dosed mix of country instrumentation with an elegant pop arrangement. Sharp sings beautifully on every cut of “Love Is.” His performances obviously reflect his country roots but with a strong pop sensibility enhanced by Foster’s presence and inspiration. 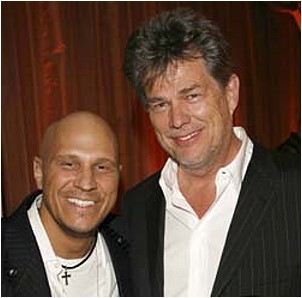