Written by David Foster, hit-maker Diane Warren and superstar Mariah Carey, “There For Me” is a sweet ballad recorded in 1999 during the sessions for Carey’s album, “Rainbow.” Another collaboration between Foster, Warren and the singer entitled “After Tonight” became one of the stronger tunes included on “Rainbow” while “There For Me” didn’t make the final cut. Finally released in 2001, this brilliant song was the b-side of Carey’s September 11th charity single “Never Too Far/Hero.” It was a gift from Carey to her fans to whom the song was dedicated. The intense atmosphere, standout vocal performance and hi-tech production gained “There For Me” a lot more attention from radio programmers than the single’s a-side, a mix of two older Carey’s songs, “Never Too Far” and “Hero,” that was performed on many occasions by the superstar and didn’t go anywhere commercially. “There For Me” is another classy trademark Foster/Warren power ballad that dominated the charts in the nineties. Carey’s vocal performance is mostly tender and subdued yet builds towards the end as she belts out some of her typical powerful lines. Foster’s arrangement and production are, as always, absolute ear-candy. 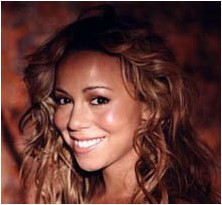 You always catch me when I fall

You’re always there for me