Japanese singer and actress Naoko Kawai released a couple of records in the first half of the eighties with the help of David Foster and the L.A. top session circle. We have already reviewed “Daydream Coast,” a good pop album that included duets with Chicago’s main man, Peter Cetera, and Foster himself in an occasional and very good vocal performance. “9 ½” was the follow-up album that was released in 1985. This second work was influenced by the success of Olivia Newton-John and includes songs and atmospheres very close to Newton-John hits like “Twist Of Fate.” On certain moments, the influence of the Australian superstar is also very evident in Naoko’s singing. Tom Keane, one of Foster’s most talented alumni, oversaw “9 ½” along with Foster’s long time engineer Humberto Gatica. It really doesn’t come as a surprise that the whole project sounds very “fosteresque.” The tasteful use of guitars, synths and the rhythm programming seem to come straight from Foster goodies like “Chicago 17” or “St. Elmo’s Fire.” Keane co-wrote four songs. Steve Kipner and Richard Marx wrote other compositions. The song selection is extremely pleasing with up-tempo items like “Happy Ever After” and “Turn It Up,” both with infectious refrains and cameo vocals by Keane. The centerpiece of this album is “Finding Each Other,” a sweet ballad co-written by David Foster with singer/songwriter Randy Goodrum and produced by Foster himself. It’s a beautiful love song performed by Naoko with Toto’s Steve Lukather. Luke’s not just one of the world’s best guitar players, he’s also a gifted singer as proven on hits like “Georgy Porgy,” “Rosanna” and “I’ll Be Over You.” Foster supports the singers with a carpet of keyboards and synth bass plus his typical break of synthesizers. This song and the whole “9 ½” album make a very good listen for those who still love the glorious sound of the 80s and appreciate good music. 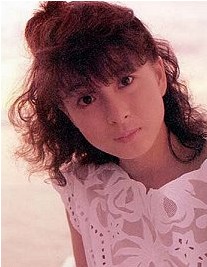 It takes time for love to grow
From nothing to forever
I think that’s what you’re feeling…..so am I

All Alone, how can I be sure
We’ll have to find out together