From THE SYMPHONY SESSIONS
Written by David Foster

“Winter Games” was the theme song of the 1988 Calgary Winter Olympics. This rousing track stands out as one of the most loved instrumental pieces of Foster’s entire career. At the time of its release, “Winter Games” became a success in Canada and it brought David Foster a Grammy nomination. There was also a vocal version of this song entitled “Can You Feel It,” that was performed during the Olympic Games. “Winter Games” was released as a single but was also part of a special project that Foster released that same year, the Grammy nominated “The Symphony Sessions.” This recording saw Foster perform his music on the acoustic piano backed by the Vancouver Symphony Orchestra in a classical setting. It includes beautiful themes like the nostalgic “Time Passing,” co-written with Lee Ritenour, the enchanting “Water Fountain,” originally from the soundtrack of the movie “The Secret Of My Success” and the stunning “Piano Concerto In G” that’s an absolute showcase of Foster’s superior skills as a classical piano player.
Foster’s playing is in the spotlight joined by a couple of special guests like Ritenour on guitar and David Paich of Toto whose acoustic piano gently duels with Foster’s on “Morning To Morning” and “We Were So Close.”
The gorgeous orchestrations are courtesy of legendary arrangers like Jeremy Lubbock (also co-arranger and co-producer), the late Marty Paich and Johnny Mandel.
“The Symphony Sessions” is a remarkable effort filled with great music. It’s another special chapter in what is really one of the most diversified and successful legacies in the history of popular music. 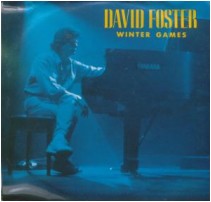