“Friends,” released in 1985, was Dionne Warwick’s second encounter with David Foster. Their first was when he co-wrote the magical title track of “Friends In Love” with Jay Graydon and Bill Champlin. For “Friends,” Burt Bacharach reunited with the singer and was at the helm for half the album. The first single, “That’s What Friends Are For,” sung with Elton John, Gladys Knight and Stevie Wonder, became one of the biggest hits of her career and zoomed to # 1 on the charts. Foster added his golden touch to that track playing keyboards. He also went back to his catalogue of gems to provide another standout track. “Love At Second Sight” was first included on his “Best Of Me” release in 1982. He changed the arrangement a bit to perfectly suit Warwick’s style and added lyrics to what was originally an instrumental bridge. “Love At Second Sight” is an intense ballad that starts with Warwick being gently accompanied by Foster playing a variety of keys and synths. The song eventually develops to its beautiful and evocative refrain that climaxes with the singer’s voice soaring high.
There are other great songs on “Friends” including the gorgeous melody of Stevie Wonder’s “Moments Aren’t Moments” from the soundtrack of “The Woman In Red” plus Bacharach and Carole Bayer Sager’s ballads “Extravagant Gestures” and “Stronger Than Before.” 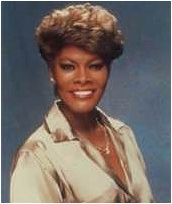