“Tapestry Revisited” was released in 1995 as a tribute to one of the best selling albums of the seventies, Carole King’s “Tapestry.” Many big names were recruited to sing new versions of songs like “I Feel The Earth Move,” “It’s Too Late,” “You’ve Got A Friend,” and “Will You Love Me Tomorrow.” These are timeless melodies that marked a huge influence on the pop singers and songwriters of the past thirty years. Among the stars involved in this project were Richard Marx, Amy Grant, Faith Hill, The Bee Gees, Manhattan Transfer and Céliné Dion who, with David Foster’s help, gave new life to the immortal melody of “(You Make Me Feel Like) A Natural Woman.” Other winning moments on the record are Grant’s “It’s Too Late” produced by Keith Thomas, Marx’s “Beautiful” and, especially, the Arif Mardin produced “You’ve Got A Friend” by Bebe & Cece Winans with Aretha Franklin.
Foster arranged and produced “So Far Away,” a beautiful song performed by Rod Stewart. Here the Scottish singer gives a restrained but effective performance that matches well with King’s melancholy lyrics. David Foster contemporized the tune with his typical use of keyboards and synths while Michael Thompson’s elegant guitar almost duets with the singer throughout the song. “So Far Away” was released as a single and went to #2 on the Adult Contemporary charts. David Foster and Rod Stewart first collaborated in the seventies when the Canadian musician was one of the top session guys in the music world. He played on Stewart’s hugely successful albums, “A Night On The Town” and “Foot Loose And Fancy Free.” 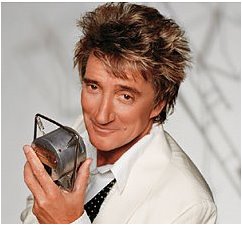