From EAST OF MIDNIGHT
Written by David Foster & Gordon Lightfoot

“Lightfoot’s voice is such a part of the fabric of Canada I know almost as well as I know my own voice.” David Foster said it well and his words show the respect Gordon Lightfoot has earned in his home country and all over the world. This legendary singer/songwriter is truly one of Canada’s national treasures. There’s another quote by Bob Dylan that greatly exemplifies Lightfoot’s influence among his peers, “Gordon Lightfoot. Every time I hear a song of his it’s like I wish it would last forever.”
Together with “Early Morning Rain” and “If You Could Read My Mind,” “Anything For Love” is one of those gems. Co-written with Foster in 1985, “Anything For Love” is a beautiful love song that brings together Lightfoot’s personal voice and folk/rock roots with Foster’s contemporary and refined style. “Anything For Love” was a good hit on the country and adult contemporary charts. Its parent album, “East Of Midnight” released in 1986, reflects the influence that David Foster had on the singer, especially the use of keyboards and synths plus its polished and catchy pop sound. Lightfoot said, “We worked on this song for four days. I learned more in that four days …” This line exemplifies the high esteem that the singer has for Foster.
Further proof their mutual respect comes from another Foster/Lightfoot collaboration. When the producer was asked to work on “Tears Are Not Enough,” the Canadian answer to “We Are The World,” Foster picked Lightfoot to sing the first lines of the song from among the many superstars in the studio, including Neil Young, Anne Murray, Joni Mitchell, Mike Reno, and Bryan Adams. He knew that Lightfoot’s classic voice would gain immediate recognition all over Canada. And he was right. 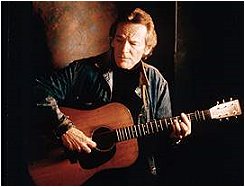 In my life
In my time and in each line
I’ve ever sung
And in my life
Was it my imagination or are
You still the one who lingers on?

Once or twice
In my loneliness I watched the world go by
There was I
One too many miles beyond where you might
Say, some luck was due after all
We could have touched the sky
You had no alibi because
We did it in the name of love
Woh woh I would try any means
t’have you in all my dreams because
You’d do anything for love