1980 is one year that many Foster fans remember with a smile on their faces. It is the year of the Airplay project as well as Boz Scaggs’ “Middle Man”, the Average White Band’s “Shine” and especially the year of “Bi Coastal”. Peter Allen was a famous singer/songwriter and Broadway star that left us all way too soon in 1991. He wrote many wonderful songs like “I Honestly Love You” and “I Go To Rio” and starred in many musicals, as well as winning an Oscar for cowriting the “Arthur’s Theme” in 1981.

He also released a few great records where you can listen to his personal voice and his beautiful songs with touching lyrics, among them two live albums (“It’s Time For Peter Allen” and “Live At Carnegie Hall”) and a personal favorite of ours, “I Should Have Been A Sailor”. “Bi Coastal” is the meeting of Allen’s singing/songwriting style with the up and coming talent of David Foster, and the results are simply incredible. This work is magnificent, a perfect example of adult pop music, highly sophisticated with great arranging and playing. It’s not easy to pick a single song to represent the whole beauty of the project cause all ten songs are great, from the opening pop number “One Step Over The Borderline” to the groovin’ title track, on to the ballad “I Don’t Go Shopping” and the funkyish “Pass This Time”. “Fly Away” was the single out it, it reached # 55 on Billboard’s Hot 100 and was also covered by Johnny Mathis and Stevie Woods who had a minor hit single with his cover in 1982. It’s a gorgeous ballad, with Allen’s sensitive vocal surrounded by Foster’s musical architecture. I think the only word to describe this song and the whole record is: MASTERPIECE. 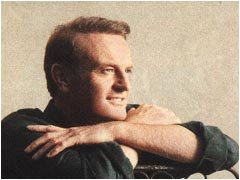 You have reasons I have dreams
So we’re perfect so it seems
You tell fortunes
I tell truths
You kept me from my crazy youth
‘cause when you’re near me I feel whole
I don’t have to rock’n’roll
I don’t worry
I don’t think
But hold me ‘cause I’m on the brink
I might..