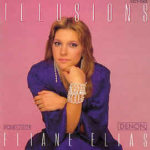 In 1986, the San Paolo-born musician released her second album, lllusions, for the renowned Denon Records jazz label. This was Ms. Elias’ first time at the band leader podium. On that record, the virtuoso pianist performed several of her compositions and a few carefully picked covers. Among those covers was a fantastic rendition of Chaka Khan’s 1984 hit, “Through The Fire.” Ms. Elias took the immortal song, co-written by David Foster, Cynthia Weil and Tom Keane, and turned it into a nocturne jazz standard performed by her piano with the help of two music giants; drummer Lenny White and bassist Stanley Clarke. This clever cover was a work of art where heart and technique meet with astonishing musical results. “Through The Fire” has been covered many times by famous singers and players, but Ms. Elias’ reworking stands as one of the most original and intense covers ever made.

Illusions offered many other gems including the gorgeous “Chan’s Song,” co-written by Herbie Hancock and Stevie Wonder. Ms. Elias’ own “Moments” was a tender ballad that featured the evocative harmonica of the late, great Toots Thielemans (1922-2016).

Take a listen to Ms. Elias’ version of “Through The Fire” and get lost in its magic 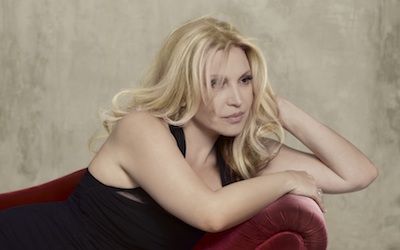