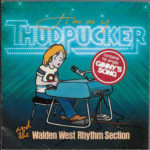 Jimmy Thudpucker was a fictional character created by Garry Trudeau for the legendary comic strip Doonesbury. In the strip, Thudpucker was a young singer/songwriter who went on to become a rock star. Eventually, Trudeau decided to translate his fiction into real life releasing Thudpucker music created with the support of good friends like guitarist Steve Cropper of Booker T & The MG’s fame and a very young David Foster.

“Ginny’s Song” was the first single released around 1976 on the Warner Brothers Records label and was produced by Cropper and Foster. The two assembled an amazing cast of musicians including Jay Graydon on guitar, alto sax by Jim Horn and Donald “Duck” Dunn on bass. “Ginny’s Song” was crafted as a smooth tune with the lead vocals handled by a gentleman named James Brewer, an actor, producer, singer/songwriter, who also co-wrote the song. Brewer’s relevant work in character as Jimmy Thudpucker on “Ginny’s Song” and the subsequent album went totally uncredited. Twenty-five years later, Brewer was finally acknowledged on the Doonesbury website.

“Ginny’s Song” was mid-tempo pop with a soulful aftertaste and an extremely catchy refrain. Brewer’s smooth vocals were right on target. The soulful backing track had Foster on keyboards and arranging the lush strings. The single’s b-side presented a disco version of “Ginny’s Song.”

In 1977 with the help of Cropper and Foster, Trudeau released Doonesbury’s Jimmy Thudpucker Greatest Hits. “Ginny’s Song” was included on the album along with other goodies including “I Don’t Know My Love,” co-written by Foster and previously reviewed on this website. 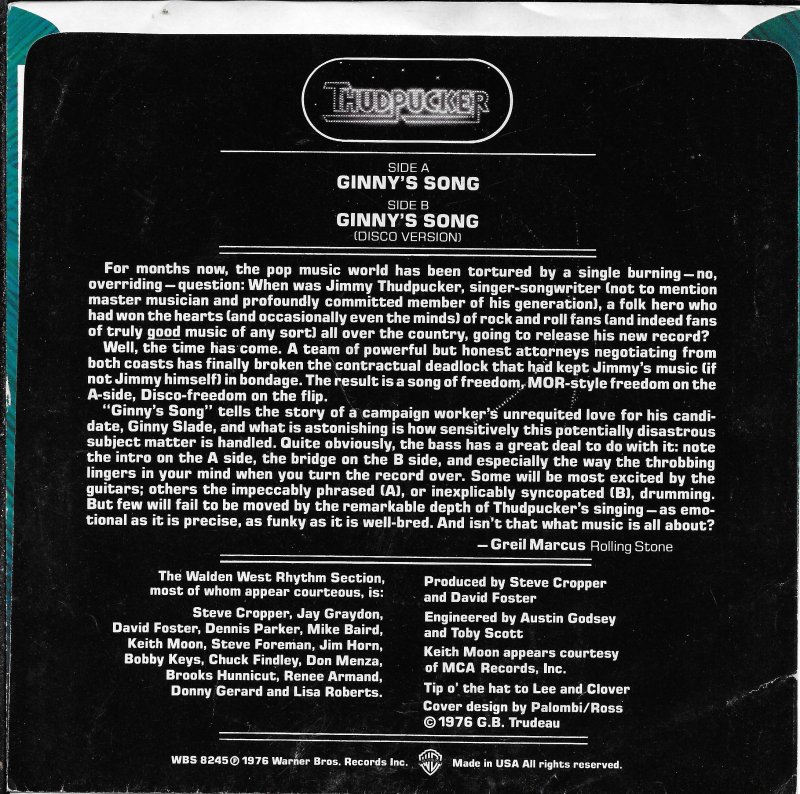