from SOMEWHERE DOWN THE ROAD

This week highlight was a little-known cover of David Foster’s called “Whatever We Imagine” sung by celebrated actress/singer Cybill Shepherd. “Whatever We Imagine” was originally performed by r&b star James Ingram on his 1983 debut album, It’s Your Night, and this precious gem’s review can be found in the archives. The Hitman co-wrote the song with his longtime collaborator, Jeremy Lubbock and lyricist Paul Gordon. Produced by Quincy Jones and arranged by Foster with Jerry Hey, “Whatever We Imagine” was a masterpiece song where a magnificent melody meets a spectacular execution by the cream of the crop.

Around 1990, Ms. Shepherd was riding the successful wave of her lead role on the TV series Moonlighting alongside Bruce Willis. She recorded a cd titled Somewhere Down The Road with late producer and Memphis ’ music legend Sid Selvidge (July 21 1943 to May 2, 2013).Somewhere Down The Road was a nice collection of good tunes that belong to the golden repertoire of pop/adult contemporary heavyweights like Foster, Steve Dorff, Barry Mann and Cynthia Weil, Randy Goodrum and Eric Kaz. Ms. Shepherd did a good job on her vocal performances. She certainly is no Barbra or Celine, but her treatment of those songs was quite nice. The instrumental back-up was mostly handled by the great Randy Waldman who arranged the bulk of the cd and played keyboards. The problem with this cd was the overall late eighties sound that feels very dated with its heavily programmed keyboards and drums compared to today’s tunes. Given the previous statement, Ms. Shepherd’s take on “Whatever We Imagine” isn’t comparable to Ingram’s timeless original which has such a superior execution that makes for a pleasant listen. Compared to that spectacular recording, Ms. Shepherd’s take was only downgraded due to its cold instrumental track. 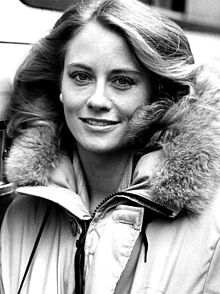