The core of Live At The Greek was made of songs fromCloser, a few classics from Josh Groban plus a couple of new tracks. David Foster along with Humberto Gatica were in charge of the music production. As a result, the recording was top-notch with Josh’s voice delivered in all its magnificent power and class. The gifted singer was at his peak and Groban was supported by an outstanding band with the impressive Tariq Akoni on guitar and an orchestra that increased the power of music on display.

Among the great moments on Live At The Greek, this weekly review selected a stunning, piano/voice rendition of ” America .” The Paul Simon timeless masterpiece fits Groban like a glove. Groban’s piano playing was noteworthy and his vocal performance was nothing short of brilliant. Groban added the right amount of intensity and power to Simon’s famous lyrics and brought the adoring audience to its knees.

On a more personal note, this review is dedicated to the memory of the late Courtney Blooding (March 4, 1980 to May 24, 2016) who passed away a few months ago. Courtney was part of Foster’s team at the time of the release of Live At The Greek. She was a dear, friendly soul who will be remembered by those lucky enough to meet her. R.I.P. 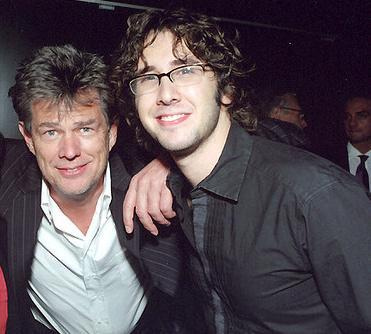 Let us be lovers, we’ll marry our fortunes together
I’ve got some real estate here in my bag
So we bought a pack of cigarettes, and Mrs. Wagner pies
And we walked off to look for America

Cathy, I said, as we boarded a Greyhound in Pittsburg
Michigan seems like a dream to me now
It took me four days to hitchhike from Saginaw
And I’ve come to look for America

Laughin’ on the bus, playing games with the faces
She said the man in the gaberdine suit was a spy
I said be careful, his bowtie is really a camera

Toss me a cigarette, I think there’s one in my raincoat
We smoked the last one an hour ago
So I looked at the scenery, she read her magazine
And the moon rose over an open field