AM I EVER GONNA FIND YOUR LOVE

Dwayne Ford is a veteran singer/songwriter/musician born in Edmonton , Canada in 1949. His first claim to fame was working in the back-up band of the legendary Ronnie Hawkins in the late sixties. In its various incarnations, The Hawks included big names like David Clayton Thomas of Blood, Sweat & Tears, Levon Helm, Richard Manuel, Garth Hudson and Rick Danko of famed The Band, Burton Cummings and a very young David Foster with his first wife, singer/songwriter B.J. Cook.

After his stint with Hawkins, Ford formed a band called Bearfoot with other Hawkins’ alumni including Jim Atkinson and Terry Danko. Bearfoot released three albums between 1972 and 1975 with good success in their homeland. The group scored a 1974 Juno nomination as Most Promising Group Of The Year, but lost to Bachman-Turner Overdrive. After Bearfoot disbanded, Ford moved to Los Angeles and had a minor hit as a songwriter with The Keane Brothers. “Sherry” was produced in 1976 by his old pal Foster.

Around 1980, the two Canadians again joined forces to work on Ford’s debut solo album. Needless Freaking saw the light of day in 1981. Foster co-produced this noteworthy pop/rock effort and added his deluxe sounds and catchy arrangements to Ford’s original material. The songs on the album were written by Ford with Derek Kendrick and former wife Patsy Gallant. As to be expected, the tunes were dramatically enhanced by Foster’s work and he brought them to a higher level. Foster ensured an impressive line-up of session greats that included the unforgettable Jeff and Mike Porcaro, Steve Lukather, Mike Baird, Jay Graydon and Neil Stubenhaus. Consequently, Needless Freaking was influenced by the melodic appeal and clever musicality of Toto and Airplay. Those influences were especially evident in the slick groove of the rocking opener, “Lovin’ And Losin’ You,” that was previously reviewed. It can also be heard in this Song of the Week, the power ballad “Am I Ever Gonna Find Your Love.”

Co-written by Ford and Kendrick, “Am I Ever Gonna Find Your Love” was an evocative anthem superbly crafted by Foster with top-notch musicianship. Ford’s vocals were right on target with his malleable tenor for this kind of high-tech material. The backing track features Lukather’s fantastic guitar playing all over the place plus Foster on fender rhodes on top of the swinging rhythm section of Mike Baird on drums and Neil Stubenhaus on bass. Despite its radio-friendly potential, Needless Freaking didn’t fly commercially, but became a favorite among west coast/quality pop fans like many other hidden gems of those days. Needless Freaking stands as a great example of Foster’s unique craftsmanship in the art of arranging.

Ford kept releasing new music in the following decades and recently ventured into film scoring. He wrote a book released in 2011 entitled “Rock This Kitchen.” The book presents several entertaining anecdotes about Foster and the making of Needless Freaking. 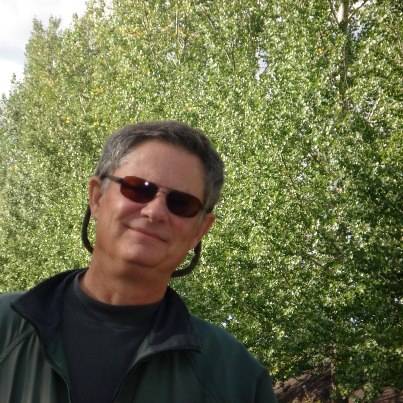