BRING IT ON HOME TO ME

From TIMELESS (the classics)

The first half of the Nineties was the most successful phase of David Foster’s career. He had an outstanding string of multi-platinum productions for Natalie Cole, Whitney Houston, Celine Dion, Barbra Streisand, Kenny G, All-4-One, Michael Jackson, Madonna and Michael Bolton, just to name a few. Foster’s collaboration with Bolton was one of the highlights of that era. A Foster partnership was meant to happen given Bolton ’s pop/rock and adult contemporary style, his powerful voice and Foster’s previous track record with acts like Chicago, Peter Cetera, Kenny Loggins, Neil Diamond and Kenny Rogers. Bolton ’s Timeless (The Classics) was released in late September 1992.

The material included some of the most beloved pop and soul hits of the sixties. Bolton ’s Timeless (The Classics) was a logical choice after the singer’s triumphant covers of evergreens like Otis Redding’s “(Sittin’ On) The Dock Of The Bay” and Percy Sledge’s “When A Man Loves A Woman.” Six tracks of Bolton ’s Timeless (The Classics) were produced by Foster who brought to the plate his refined sounds fueled with effective orchestral work.

Past reviews of Bolton’s Timeless (The Classics) can be read here, particularly the modernized take of The Bee Gees’ “To Love Somebody” that was a big chart hit and an emotional version of The Beatles’ staple “Yesterday.” This time around, the spotlight is put on Bolton ‘s rendition of Sam Cooke’s 1962 hit, “Bring It On Home To Me.”
Bolton and Foster kept the gospel-tinged feel of the original “Bring It On Home To Me” with an elegant arrangement that perfectly suited the singer who delivered one of his trademark vocal tour-de-forces. There was fantastic orchestral work courtesy of the legendary Johnny Mandel. The backing track was an all-star affair with Greg Phillinganes tickling keys on the piano, Randy Kerber playing the organ, Michael Thompson strumming guitar on top of a supreme rhythm section with Nathan East on bass and John Robinson on drums. Production-wise, “Bring It On Home To Me” and the whole Timeless (The Classics) stands as an interesting crossroad between Foster’s adult contemporary work of the Eighties and his more orchestral material of the Nineties with perfect balance and state-of-the-art results. 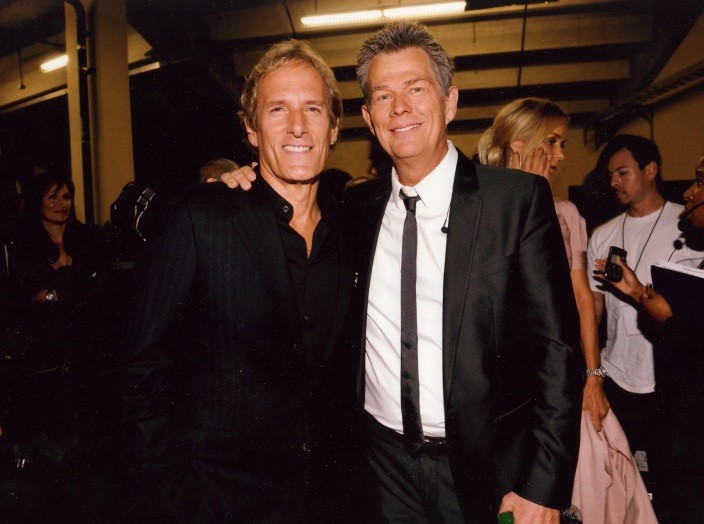 If you ever change your mind
About leaving, leaving me behind
Baby bring it to me
Bring your sweet loving
Bring it on home to me yea
(Yeh) yeh (yeh) yeh (yeh)

I’ll give you jewelry and money too
That ain’t all, all I’d do for you
If you bring it to me
Bring your sweet loving
Bring it on home to me yea
(Yeh) yeh (yeh) yeh (yeh)

You know I’ll always be your slave
Till I’m buried, buried in my grave
Oh honey bring it to me
Bring your sweet loving
Bring it on home to me yea
(Yeh) yeh (yeh) yeh (yeh)