At the dawn of the new millennium, David Foster scored a successful collaboration with male vocal quintet Plus One. Nate Cole, Gabe Combs, Nathan Walters, Jeremy Mhire and Jason Perry were the skilled members of the boy band that musically followed in the footsteps of giant sellers like ‘N Sync and Backstreet Boys. Their hallmark was the inspirational lyrics that brought them an immediate following on the Contemporary Christian Music market.

Their debut cd, The Promise, was partially produced by Foster. The Promise went straight to #1 on the CCM chart and was eventually certified gold. Plus One released a string of singles from the cd that became chart toppers on CCM charts. A couple of those singles, “God Is In This Place” and “Last Flight Out,” were Foster productions. “God Is In This Place” was reviewed here a few years ago and you can find the article by clicking here.

“Last Flight Out” was written by Alexandra Talomaa, a talented songwriter of the Max Martin circle who wrote songs for acts like Backstreet Boys and Westlife. Alexandra delivered a beautiful melody with a catchy refrain while Foster added his finesse on his Foster signature sound with soaring harmonies and a dramatic crescendo. Here’s a little excerpt from a very favorable review of the song from the fall 2000 Billboard article:

‘Plus One is signed to David Foster’s imprint 143 Records and this track was co-produced by the maestro, which should give you an idea of just how affecting the dreamy love song is…. this is the kind of song that launches careers.’

Plus One didn’t exactly turn out as predicted, but the rich musicality and the sentimental power of “Last Flight Out” remains strong a good fifteen years later. This song was also a big hit in the Philippines and still gets radio airplay in that country.

Plus One continued working with Foster on a 2002 Christmas project. Together, they also released an evocative version of “America The Beautiful.” The group eventually lost a couple of key members and broke up since they never matched the noteworthy success of their debut cd. Recently, Plus One has reformed with original members Walters, Combs and Perry. Last year, they released a new single entitled “My All” that can be downloaded at their official website. 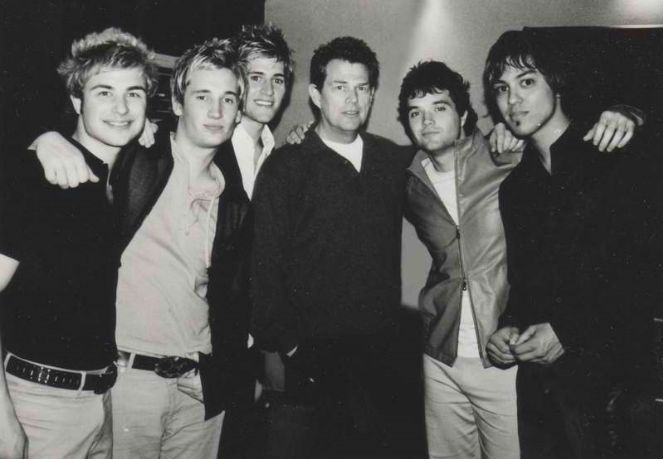 chorus:
i want you to know
u belong in my life
i love the hope i see in your eyes
for you i would fly
at least i would try
for you i’ll take
the last flight out