THE SMOKE IS RISING

Heart And Soul was Danny Peck’s 1977 debut album. Peck, a talented singer/songwriter, wrote ten compositions for the project. The songs showcased Peck’s different sides in the musical arena including his lyrical craft. These songs were put in the capable hands of David Foster who was in the process of making his big transition from sought-after session ace to full-time music producer. Heart And Soul was produced with noted engineer Jay Lewis. Foster gave the album his obvious love for refined, r&b-influenced arrangements delivered with irresistible grooves, clever rhythm changes and superior instrumental performances.

There are echoes of Sons Of Champlin, Steely Dan and Crusaders with a result not far from other elegant singer/songwriters including Ned Doheny, Terence Boylan or Boz Scaggs. The best tracks sporting Foster’s inventive charts include “This Could Be A Very Nice Place” with a structure that was reminiscent of Steely Dan, “Take Your Baby Home,” an acoustic soul gem with fantastic vocals by Peck and Venette Gloud and “I Do,” a smoky, jazzy jam that was earlier reviewed.

Another highlight off Heart And Soul was the powerful, funky number “The Smoke Is Rising.” Based on the solid foundation of drummer Willie Ornelas and bassist Robert “Pops” Powell, “The Smoke Is Rising” was an irresistible mid-tempo tune whose musicality and catchiness rivals the best soul/funk jams of those days. Peck’s vocals are soulful and gritty enough to match the nasty groove of the backing track. Foster added his trademark keyboards to the mix, some in-your-face horns and the bonus of Larry Carlton’s guitar work. “The Smoke Is Rising” was released as a single and was backed-up by “Where Is My Heart,” another very good song with the luxurious sounds of the late Jeff and Mike Porcaro, David Paich, Victor Feldman and Ernie Watts.

At the time of its release, Heart And Soul went criminally unnoticed. The album should be re-evaluated today because it shows the seeds of Foster’s immense talent that will soon blossom on legendary albums by Airplay, Earth, Wind & Fire and Boz Scaggs, among others. For those interested, Peck’s voice can be heard on Foster’s successful projects of the eighties including the soundtrack of The Secret Of My Success and Foster’s orchestral solo album, The Symphony Sessions. 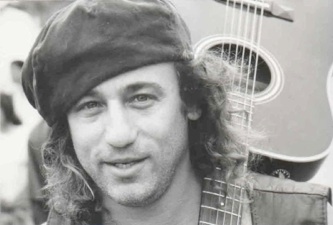