from TOM THUMB THE DREAMER
written by Michael Dinner

Michael Dinner was an American singer/songwriter who released a couple of good albums in the mid-seventies that were commercially unsuccessful. Dinner’s style was reminiscent of popular names like Jackson Browne, The Eagles and Danny O’Keefe with solid country/rock songwriting mixed with a refined, pop/rock instrumental back-up.

“Tom Thumb The Dreamer” was Dinner’s sophomore release in 1976. Produced by Keith Olsen of Fleetwood Mac fame, this endeavor presents mostly nice soft-rock ditties performed by the singer with a fantastic supporting cast including Nigel Olsson and Dee Murray of Elton John’s band, Bill Champlin, Waddy Watchel, Chuck Findley and David Foster. There were a couple of pretty good up-tempos tunes including the rocking title-track and “Silver Bullets.” Both of these songs have echoes of Elton John and The Eagles and feature great guitar and saxophone work by Watchel and Lenny Pickett. Also found is the nice mid-tempo tune called “The Swallow.” “Tom Thumb The Dreamer” has an interesting acoustic ballad called “Julye” that sports a beautiful melody and smooth background vocals by Champlin, Olsson and Schmidt. The closing number was also a ballad highlight entitled “Pale Fire.” This song starts out with Dinner’s story telling voice supported by only acoustic guitars and Champlin’s organ. Foster’s powerful orchestration comes in at mid-song and brings “Pale Fire” to an intense ending. Truly a gorgeous song.

“Tom Thumb The Dreamer” is a good example of well-written and well-performed westcoast music of the seventies that didn’t find its way to large audiences despite good ear value. After a brief stint in the music business, Dinner went on to find big success as a producer/director on TV shows like “Law & Order,” “Grey’s Anatomy,” “Chicago Hope” and “The Wonder Years.” 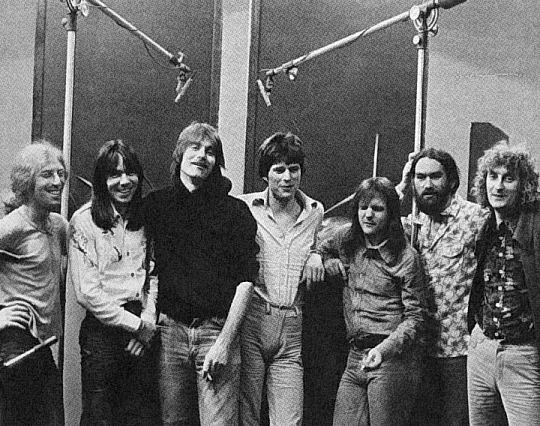