Only devoted fozfans know that there exists an original instrumental rendition of “Through The Fire” entitled “Chaka.” It was included on Foster’s first solo album, “The Best Of Me,” released on the Asian market in 1983. “Chaka” was also the b-side of the single off that album, another melodic masterpiece and the album’s title-track, “The Best Of Me.” The album’s instrumentals gave the super-producer’s a way to present his first gorgeous hits and shine throughout the recording with his amazing keyboard playing and the sublime art of his arrangements. “Chaka” featured Foster at his musical best with layered synthesizers on the verses that lead to the piano-dominated refrain. The only two other musicians that participated on this recording were co-writer, Tom Keane on the electric piano and his brother, John Keane on drums. Foster also played the trademark moog bass and the end result is a joy to listen to with its sweet and rich melody.

The Hitman was asked to give some little-known info about this timeless song:

I remember writing this song with Tom Keane at my first studio in Malibu. The house was formally owned by Tommy Chong of Cheech and Chong fame and then Don Felder from The Eagles lived there right before me. From the first moment, I was so convinced that it was the right song for Chaka Khan and that she would record it and that’s the actual reason why I named it “Chaka.” The late, great Arif Mardin heard it and asked me if he could send it to Cynthia Weil to try and do the lyrics and the rest is history. On a funny note about Chaka’s version, I did the instrumental track and Arif produced Chaka’s vocal. When he sent the first vocal back to me, I really didn’t like it. I danced around a lot and didn’t return his phone calls asking me whether I liked it or not. When Arif finally got me, he politely busted me for avoiding him rather than just telling him the truth. Lesson well learned. Chaka went back in the studio and cut the vocals again and the new performance was as you can hear on record – Spectacular!

If you want to read our first review of Chaka’s “Through The Fire” click here. 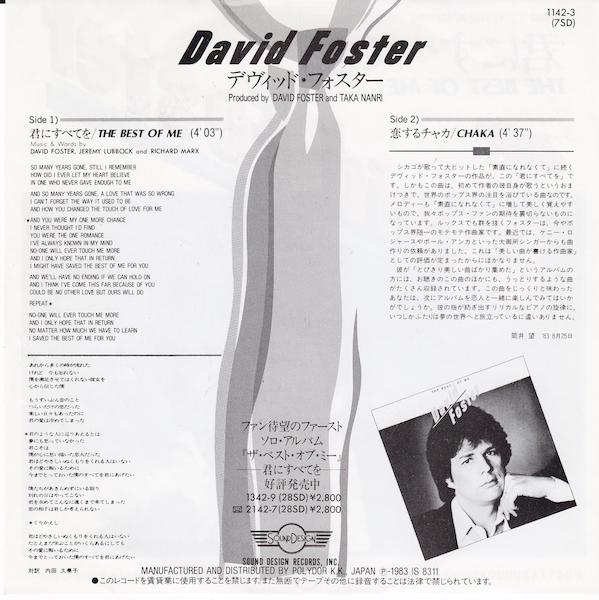