The ear candy’s hit single, “Wait For Me,” is great evidence of Hall & Oates’ smooth pop/soul meeting Foster’s keyboard-driven pop. It is the track that’s stylistically closer to their previous albums. The second single off “X-Static” presented two songs, “Running From Paradise” and “Portable Radio.” “Running From Paradise” is a pop/dance melody with a strong beat that anticipates what the duo will successfully create in the eighties with hit records like “Voices” and “Private Eyes.” “Portable Radio” is a rock/dance anthem that puts in the spotlight both singers and their unique harmonies backed by the irresistible beat of a smoking rhythm section with strong guitars and synths leading the dance on the fantastic instrumental break. The single didn’t chart in the US even though “Running From Paradise” was a minor hit in the UK. “Portable Radio” was covered in 1980 by the South African group Clout. 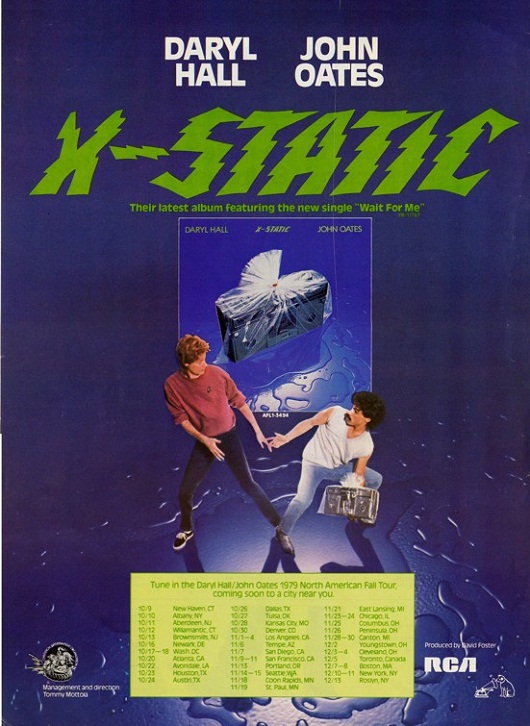