WHO LOVES YOU BABY

from READ MY LIPS

Fee Waybill’s solo album, “Read My Lips” was recorded in 1984 as Waybill’s band, The Tubes, was on a six months break before going back in the studio with producer Todd Rundgren for a new album.

Waybill didn’t agree with the band’s decision to change producer after the big success of their previous two records with David Foster, “The Completion Backward Principle” and “Outside Inside.” The singer, wisely, felt it was a huge mistake and decided to keep working with Foster for his solo album and this decision resulted in big problems with his bandmates. “Read My Lips” was eventually released in the fall of 1984 on Capitol Records and presented a solid collection of pop/rock goodies perfectly assembled by Foster. The Canadian producer delivered a very good album with a clever balance between his slick pop sounds and the powerful rock arrangements with the strong help of master players like Steve Lukather, Mike Landau, Jeff Porcaro and John Robinson. On this release, Waybill, proved once again that he was one of the best voices in rock’n’roll. He also co-wrote the bulk of the material with Foster and Lukather. Richard Marx also appeared on the album and co-wrote an up-tempo track entitled “Who Loves You Baby” that’s one of the best moments on “Read My Lips.” “Who Loves You Baby” sports an irresistible funky beat thanks to Paul Jackson’s guitar and Foster’s various keyboards. Musically it isn’t too far from some of the up-tempo stuff included on “Chicago 17,” thanks to the same keyboards sounds and arrangements but especially for the smokin’ horn chart prepared here by Jerry Hey. “Read My Lips” sounds like it’d have become multiplatinum and it also had positive reviews  on magazines like Billboard. The problem came when the record label didn’t support it at all and absolutely got no promotion going for it. For this reason it became a commercial disappointment in spite of its radio potential and musical value. 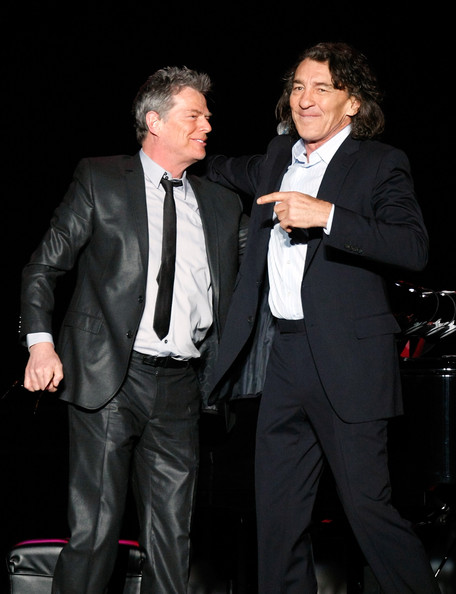