A LOVE THAT WILL LAST

Veteran singer and music-maker, Steve Tyrell is one of the most successful jazz/pop crooners of the past twenty years. This Grammy winning artist started his career as music producer and songwriter for big names like Blood, Sweat & Tears, B.J. Thomas, Bonnie Raitt, Linda Ronstadt and Rod Stewart. Tyrell made his debut as jazz singer in 1999 with “A New Standard,” a collection that included covers of a dozen standards.

Through the years several records followed always showcasing Tyrell’s unique voice performing some of the brighter gems of the American songbook. One of his best works was “Back To Bacharach,” released in 2008 that’s absolutely one of the best tributes ever made to the artistry of Burt Bacharach. Recently Tyrell has released a new record entitled “I’ll Take Romance.” Again, the singer carefully picked a number of evergreens from different eras and gave them his own jazzy spin. Among the best tracks on the album are classics like “At Last,” “All Of You” and “(I Love You) For Sentimental Reasons but Tyrell handles perfectly also modern classics like “Don’t Know Much” by Barry Mann, Tom Snow and Cynthia Weil and David Foster’s “A Love That Will Last.” Originally sung by Foster’s protegee, Renee Olstead on her 2004, critically acclaimed, debut album, “A Love That Will Last” is a gorgeous ballad with lyrics by Foster’s ex-wife, Linda Thompson. Tyrell’s version is jazzed up with a nice R&B feel. The singer’s performance oozes class and style supported by stellar players like Bob Mann on guitar who produced the album with Tyrell and  Quinn Johnson who played some mean piano on this track. 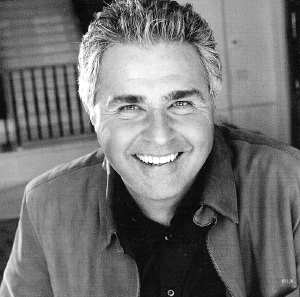 Say that you love me, say I’m the one
Don’t kiss and hug me and then try to run
I don’t do drama, my tears don’t fall fast
I want a love that will last