Nicole Renee Harris’ debut album simply entitled, “Nicole Renee,” was released in 1998 by Atlantic Records. Renee is a gifted funk/R&B singer/songwriter clearly influenced by the likes of Prince, Sly & The Family Stone and The Isley Brothers

She has a very personal voice with a great range that echoes from time to time legendary names like Deniece Williams and Ron Isley. Her self-titled album included an impressive line-up of session guys like Will Lee, Vinnie Colaiuta, Hiram Bullock and Leon Pendarvis plus a couple of veteran top R&B rhythm guitarists like Wah Wah Watson and Al McKay. Harris produced the bulk of the album that presents impressive funk/rock numbers like “Cocaine Line,” soul/pop jams like “Rockin’ Chair” and a string of intense ballads. Two of those ballads were produced by The late Arif Mardin and David Foster. Mardin worked on the ballad, “Ain’t Nothin’ Changed” that sports some socially conscious lyrics, while Foster was in the control booth for a very good slow jam entitled “How Many Times.” “How Many Times” was also released as a single and got a positive review on Billboard. The reviewer’s final line said: “This is real-life R&B; heartfelt, modestly dramatic, and fully deserving of the full treatment from radio. Just glorious.” Another single off the album was a pop/soul ditty entitled “Strawberry.” It was a minor chart entry though its catchy beat and Renee’s vocals should have deserved more luck. Nicole Renee Harris is at least as talented as many R&B superstars but never got the attention that her voice and skills clearly deserve 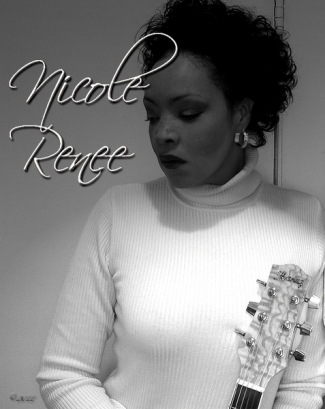 I didn’t mean to make you cry, love
But I didn’t know I was hurting you so
Oh, ohhh, oh
You’re all my life, you’re the only man I love
And I could never say of letting you go

Maybe I don’t come home as early as I should
I know I forgot to call all those times
I said I would remember
But keep in mind, I’m only human (I’m only human)
And I will have our ups and downs
When it comes to the way I feel for you
I don’t care about anyone else, I don’t even give a damn