from HE WHO RIDES THE TIGER

Bernie Taupin is internationally renowned as Elton John’s lyricist on evergreens like “Rocket Man,” “ Goodbye Yellow Brick Road ,” “Your Song,” “Daniel,” “Don’t Let The Sun Go Down On Me,” “Candle In The Wind” plus many others. Taupin also wrote lyrics for hits by Jefferson Starship, Heart and Alice Cooper.

The collaboration with Cooper on the album “From The Inside” brought the gifted songwriter in touch with the team of David Foster and Humberto Gatica. In the Autumn of 1979 for his second solo album, Taupin chose Gatica as producer/engineer plus enlisted Foster and a string of a-list session aces to play on the recording.

“He Who Rides The Tiger” was released in 1980 and includes nine originals co-written by Taupin with songwriter/guitar player Dennis Tufano. The atmosphere of the album reflects the Californian pop/rock sounds of those days, but still keeps a few echoes of Elton John’s work. The instrumental parts are sublime, performed by people like Foster, Carlos Vega, Jay Graydon, Jeff Porcaro, Tom Scott, Richie Zito and Steve Lukather. Taupin sings with good style and his lyrics are, as usual, extremely interesting and well written. Yet, Tufano obviously isn’t Elton John, so the musical part isn’t exactly memorable. We have to say that the overall flavor of “He Who Rides The Tiger” is pleasant just the same with a couple of effective rockers like “Monkey On My Back” and “Blitz Babies.” The best moments on the album are two ballads; the elegant “Valley Nights” and the evocative “Love (The Barren Desert).” The latter song resembles quite a bit of Elton John’s style with the superstar appearing on the backing vocals. Other pluses on “Love (The Barren Desert)” are Foster’s trademark keyboard and synthesizer playing in addition to Graydon’s intense guitar solo.

For those interested, “He Who Rides The Tiger” has been printed on compact disc, in 2009, by American Beat Records. 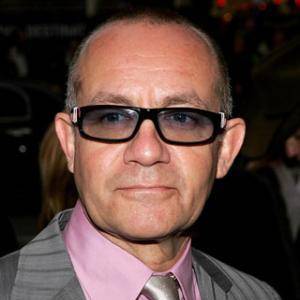 You went East to New York, and I stayed in L.A.
You wanted a brownstone, and I wanted my own way
You were drawn by the neon, when I wanted to play,
Just wanted to play
I guess I’m California, and you’re just Broadway
I tuned out on romance, pushed it to one side
I don’t believe in happiness when love is genocide

And love, the barren desert, we’ve all come to thirst
Loyalty’s a mirage, caring just a curse
Storms keep blowing through the bones of another man
And the sands of time keep slipping through,
Hearthless empty hands

And they say get out, get out of the house
I say I take it as it comes along
Get a slice of life on the streets tonight
I’ll just fit in where I feel I belong

I can feel like a martyr, you feel like a stone
You danced with an actor, me I danced all alone
Hearts are captured easy, and you had mine so long, so long
I guess you’re Louis Vouitton, and I’m just Tuscon
I can’t change my habits, I guess that’s what counts
But he who rides the tiger, never dismounts