from THE WILD HEART

“The Wild Heart,” released in 1983, was the second solo album for pop/rock superstar, Stevie Nicks. Nicks recorded it right after Fleetwood Mac’s #1 album, “Mirage” and two years after her solo debut, “Belladonna,” that also reached #1 and sold over five million copies.

Those years saw the talented singer/songwriter becoming the most popular female American rock singer. “The Wild Heart” was another top five success for Nicks selling almost three million copies in the US. The singer teamed up again with producer Jimmy Iovine who was responsible for “Belladonna.” The album includes several guests like Tom Petty who became a steady presence on Nicks’ records, her band mate Mick Fleetwood on drums and Steve Lukather of Toto whose guitar infused rock power to the first hit single, Stand Back.” “The Wild Heart,” another mix of catchy, up-tempo rockers and intense ballads brought two more songs on Billboard’s Hot 100, “If Anyone Falls” and “Nightbird.” The former was a rock ballad dominated by synths and guitars while the latter was an up-tempo pop gem that wouldn’t have been out of place on any Fleetwood Mac album. “Nightbird” is beautifully sung by Nicks with her sensual style and presents David Foster playing piano together with other heavy weights like Waddy Watchel on guitar and Benmont Tench on organ. The song was co-written with the singer by Sandy Stewart who also played the piano solo. 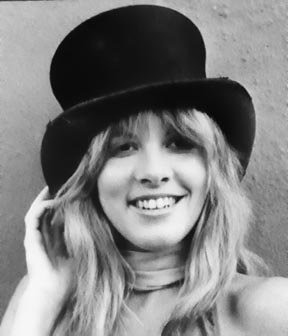