“Hitman: David Foster & Friends” was an incredible live event that took place at Mandalay Bay in Las Vegas during the Spring of 2008. On that special night, Foster offered a fantastic retrospective of his legendary career with an amazing list of special guests that included superstars like Josh Groban, Michael Bublé, Peter Cetera, Céliné Dion, Boz Scaggs, Brian McKnight and Andrea Bocelli plus new talents including Renee Olstead, Katherine McPhee, William Joseph and Charice. During the show, the audience was entertained with a musical journey through the 35 years of Foster’s triumphant career, from his first hit, Skylark’s “Wildflower,” to his most recent chart toppers with Groban and Bublé. What’s most impressive is not just the quantity and quality of Foster’s big hits over many decades at the top of the charts, but also the variety of musical styles he has successfully handled. Big ballads were obviously the core of the show, but there were Disco/dance numbers, sophisticated Pop, R&B, Jazz, Country, Rock and Classical. There is no music genre the Fozman has not touched, easily switching from one to another yet always leaving his mark with the craft of his productions, the originality of his arrangements and the high quality of his compositions.

After a lifetime spent behind the glass with his name on the back of countless album covers, “Hitman: David Foster & Friends” gave Foster a never before experienced visibility among audiences. Foster would continue this success with his “Hitman” US/Canada tour in the fall of 2009.

Released in November 2008 on CD/DVD, “Hitman: David Foster & Friends” had very good success reaching #46 on Billboard’s Top 200. It was also broadcast on TV by PBS throughout the 2008 Christmas season with great ratings. The CD/DVD is a true joy to view and listen to for fans, but it will also take the casual music aficionado on a tuneful trip through the soundtrack of their life. Among the list of extraordinary gems, there’s a special duet between Groban and McKnight of the Simon & Garfunkel classic “Bridge Over Troubled Water.” Their voices blend wonderfully under Foster’s usual superior guidance and the result is pure beauty. Enjoy this magical ride among some of the best pop music ever made thanks to the Hitman! 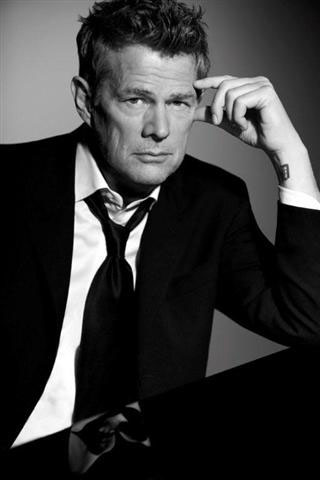 Sail on Silver Girl,
Sail on by
Your time has come to shine
All your dreams are on their way