From LOUDER THAN WORDS
Written by Lionel Richie

“Louder Than Words,” released in 1996, was Lionel Richie’s comeback album after a long period of inactivity due to personal issues. The veteran pop/r&b superstar who wrote and sang  evergreens like “Hello,” “All Night Long” and “Endless Love” gave audiences an interesting new album that was sheer evidence that his talent was still intact.

The bulk of “Louder Than Words” was produced by Richie with longtime collaborator James Anthony Carmichael and relies on his well dosed pop/adult contemporary sounds but it also ventured into the trendy r&b atmospheres of the nineties with hip music makers like Jimmy Jam & Terry Lewis and Babyface.
“Louder Than Words” includes wonderful jazzy moments like the opener “Piece Of Love” and the sumptuous ballad, “Lovers At First Sight.” Jam & Lewis best offerings are the up-tempo “I Wanna Take You Down” and the hit ballad “I Don’t Wanna Lose You.” There’s a track, “Still In Love” that echoes Richie’s successful work with Kenny Rogers and another sweet ballad, “Nothing Else Matters.” The closing number, “Climbing” is an epic pop/rock ballad co-produced with David Foster. “Climbing” is an allstar affair given the presence of David Paich, Steve Lukather, Steve Porcaro and the late Jeff Porcaro of Toto plus other session legends like Dean Parks, Randy Jackson and Michel Thompson. This song has an interesting developing with rhythm changes and fantastic arrangements courtesy of Paich, Steve Porcaro and Jeremy Lubbock. Foster’s production is pristine and top notch and the whole track is a perfect blend of pop/rock and orchestral breaks that have traces of Foster’s work on “The Symphony Sessions.” “Louder Than Words” was certified gold and overall it was a good return to form for Riche. 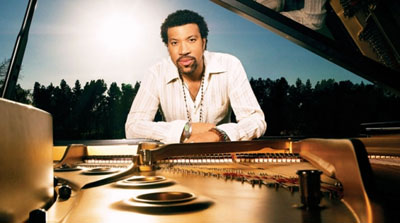 You know the answers
You’re no ordinary dancer