Their collaboration with Rivera is entitled “Danny.” Musically speaking this record leans toward the most sophisticated L.A. sound of those days. The producers assembled a spectacular cast of session guys like the late Jeff Porcaro and Steve Lukather from Toto, Paulinho Da Costa, Neil Stubenhaus, Al McKay, Bill Champlin and David Foster. Foster’s excellent work on various keyboards and synths is in the spotlight on several songs. His piano intro for the ballad, “Mi Viejo Amor” is basically a re-working of “Hard To Say I’m Sorry,” while another elegant ballad, “La Eternidad,” is a cover of Foster’s “My Everlasting Love.” Originally sung by Ray Kennedy, this song is remade with class for Rivera who, unfortunately, isn’t the best singer for this kind of refined material. That’s the only problem with “Danny.” The arrangements and music performances are top notch but we can’t help but wonder what could have been the result with a more quality pop/r&b oriented singer. Fans who appreciate Foster’s sounds of the early Eighties will surely enjoy another classy offering like “Un Mundo De Veinte Anos.” It’s an up-tempo ballad that’s dominated by Foster’s playing and sung by Rivera with good intensity. The singer is also quite effective on the latin tinged atmospheres of “Un Hombre Y Una Mujer.” 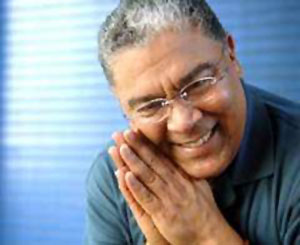