Elaine Paige is a well known singer/actress from the UK. She has appeared with success on a number of hit musicals like Cats, Evita and Sunset Boulevard. In 1985 Paige scored big on the charts with her rendition of “I Know Him So Well,” That hit duet with Barbara Dickson, co-written by former Abba members Bjorn Ulvaeus and Benny Andersson for the musical “Chess,” held the # 1 position for four weeks and was the commercial zenith of her singing career.“I Know Him So Well” was included on her 1985 album, “Love Hurts.” Produced by Tony Visconti, the architect behind some of David Bowie’s most successful records, that album is a solid collection of love songs that was certified multiplatinum in the UK. “Love Hurts” includes covers of classics like Elton John’s “Sorry Seems To Be The Hardest Word” and Jimmy Webb’s “Mac Arthur Park” plus a moving cover of David Foster’s “Shaking You.” This touching ballad, co-written by Foster with Paul Gordon and Tom Keane, was originally performed by Olivia Newton-John for the soundtrack of the movie “Two Of A Kind.” Paige did a very good job with her rendition and truly let the listener feel the pain and sadness in the lyrics. “Shaking You” was also recently included in Paige’s 2004 greatest hits album entitled “Centre Stage.” It’s a double cd retrospective that highlights the best moments of Paige’s career and also presents a few nice new songs. 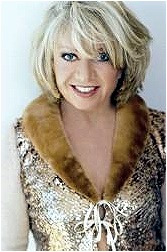 Why do I have to care for you?
When I should have known to stay away
Why was I there for you?

So don’t say that you’ll be there for me
If you don’t care for me, I’ll be gone
cause I don’t have the strength to be this strong
Tell me all what to do
Who knew that I’d take so long shaking you