From GROOVIN’ YOU
Written by David Foster & Harvey Mason

Harvey Mason is a legendary drummer and a member of the fusion combo, Fourplay. Mason has had a versatile solo career that started in 1976 with his debut entitled “Marching In The Streets.” At the end of the seventies he reached the peak of his success with a couple of very good releases, “Funk In A Mason Jar” and “Groovin’ You.” Both these works are very well prepared mixes of the funky/soul sounds of the era. “Groovin’ You” is probably the richest in terms of production with material that is a cross between Quincy Jones’ productions of The Brothers Johnson and Earth, Wind & Fire’s black pop. David Foster co-wrote the hit from “Funk In A Mason Jar,” “Till You Take My Love.” He also joined the stellar cast of “Groovin’ You” and co-wrote one of its funkiest moments, “Say It Again.” This song has strong percussions and fat horns reminiscent of Earth, Wind & Fire. Foster also tickled the ivories on many other songs on the album and even arranged some strings. “Groovin’ You” includes a selection of energetic funky/disco moments like “The Race,” “I’d Still Be There” and the title track, all with Foster’s great work on keyboards. “We Can” is a smooth, refined ballad while the last two cuts of the album, “Kauai” and Antonio Carlos Jobim’s “Wave,” are two mellow fusion instrumentals. The most elaborate song is Bill Meyers’“Here Today And Gone Tomorrow.” It is a funky/jazz affair that features the extraordinary voice of Bill Champlin. Other big names on the album include Lee Ritenour, Bob James, Verdine White of EW&F, Sheila E., Jay Graydon, Ray Parker Jr., Steve Lukather of Toto, Richard Tee and Jerry Hey. 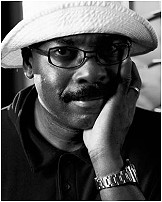