Peter Allen returned in 1983 with a new label, Arista Records, and a new record entitled “Not The Boy Next Door.” The singer was quite popular in those days having won an Academy Award co-writing “Arthur’s Theme (Best That You Can Do)” and the success of his wonderful “Bi Coastal” album and its single, “Fly Away,” plus his unique, over-the-top live shows. “Not The Boy Next Door” followed the footsteps of “Bi Coastal” with a well-dosed mix of romantic ballads and pop/dance numbers. David Foster, who was the architect behind “Bi Coastal,” returns here to co-write and play for Allen while Richard Landis handled the production. Foster’s “Just Another Make-Out Song” opens the album. Allen gently sings about lost love on the classy, up-tempo arrangement with Foster’s keyboards leading the show on a sea of strings and horns. “Not The Boy Next Door” includes other bittersweet gems like “You And Me (We Had It All),” and “Once Before I Go,” co-written respectively with Carole Bayer Sager and Dean Pitchford. Allen offers two very emotional performances on both songs coupled with arrangements rich with huge orchestral crescendos and the intense keyboard playing of Foster and Russell Ferrante of Yellowjackets. The elegant title track, co-written with Pitchford, is one of the more relaxed moments of the record with its dance rhythms, high-tech arrangement, strong horns and prominent backing vocals. “You’ll Always Get Your Way,” co-written with Tom Keane, echoes the refined sounds of the Al Jarreau records of that era with rhythm guitars, horns breaks and time changes.
A couple of years later Allen released, “Captured Live At Carnegie Hall,” which included many songs from this album as well as a few gems from “Bi Coastal.” It is a precious documentary of Peter Allen’s energy and extraordinary talent. 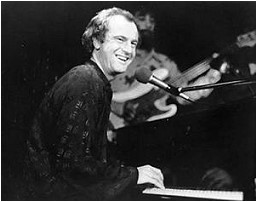