LOVE WILL SHOW US HOW

From TAKE IT FROM ME
Written by David Foster, Burt Bacharach & Michael Jay

This song started out as a haunting instrumental entitled “Heartstrings,” co-written with Burt Bacharach, that was included on David Foster’s 1982 debut solo album, “The Best Of Me.” Four years later, Glenn Jones, a well-known R&B singer, recorded the version included here with brand new lyrics added by Michael Jay. “Love Will Show Us How” is a mellow ballad, beautifully performed by the talented singer. The only problem here is the arrangement and production that beg for a different treatment. Neither Foster nor Bacharach were involved, so producer/arranger La La got a bit lost in the heavy programmed sounds of the era that take away some of the song’s magic. If you get past the production and just concentrate on the beauty of Jones’ vocal performance plus the sweet melody, the splendor of the song is still there. The same thing happens with the entire parent album, “Take It From Me.” It sounds dated and inconsistent, especially on the up-tempo numbers even though big names like Hawk Wolinski (Rufus & Chaka Khan) and Pat Leonard (Madonna, Peter Cetera) were involved. If you want to listen to Glenn Jones’ smooth voice in a more typical soul/R&B setting, take a listen to his hit duet with Dionne Warwick, “Finder Of Lost Loves,” also co-written by Bacharach. Also check out his last couple of records, “Feels Good,” and “It’s Time.” Both are solid R&B works with plenty of good songs, many co-written with Ross Vannelli. 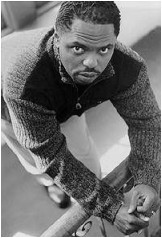