From THE BODYGUARD
Written by David Foster & Linda Thompson

“The Bodyguard” is the top selling soundtrack album of all time. Released in 1992, it held the #1 slot on the albums’ charts for 20 weeks with outstanding success all over the world. The soundtrack swept the Grammys and was the absolute pinnacle of Whitney Houston’s career.David Foster was heavily involved in this project and worked with Houston on three songs plus one he produced for Kenny G and Aaron Neville. “I Will Always Love You” is the most famous from the album, topping the Hot 100 chart for 14 weeks and winning a Grammy for Record Of The Year. This song, with its combination of Houston’s classic performance plus Foster’s inventive arrangement and production, stands out as one of the most loved songs of the past 50 years. He also worked with Houston on “Run To You” and “I Have Nothing.” Both songs got nominated for an Academy Award and were hits on the Billboard charts. “Run To You” is a very good, tender ballad, but the real masterpiece here is “I Have Nothing,” co-written with his wife, Linda Thompson. It is a powerful ballad with a beautiful melody and an amazing vocal performance by Houston who touches the sky when the tune reaches its climax. The arrangement is so typically Foster and would make Maurice White proud. There are prominent keyboards and synths, soothing strings, plus horns that punctuate and support the singer’s performance.
The Canadian producer received three Grammys for his work on this soundtrack, including his third Producer of the Year.
After this amazing triumph, Foster and Houston have worked together on a few more occasions. In 1996 he produced “I Believe In You And Me” from the “Preacher’s Wife” soundtrack that was another solid hit. In 1998 he produced “I Learned From The Best,” an interesting ballad from “My Love Is Your Love.” Finally, he also worked on a duet she did with Enrique Iglesias entitled “Could I Have This Kiss Forever.” 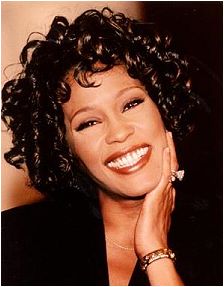 Share my life, take me for what I am
Cause I’ll never change all my colours for you
Take my love, I’ll never ask for too much
Just all that you are and everything that you do

I don’t really need to look very much further
I don’t want to have to go where you don’t follow
I won’t hold it back again, this passion inside
Can’t run from myself
There’s nowhere to hide
(Your love I’ll remember forever)

You see through, right to the heart of me
You break down my walls with the strength of you love
I never knew love like I’ve known it with you
Will a memory survive, one I can hold on to