From SOMETHING TO REMEMBER
Written by David Foster & Madonna

In the nineties, David Foster, together with Babyface, was the most successful producer in the world of pop music. After giant hits with Natalie Cole, Whitney Houston and Céliné Dion, Madonna came knocking at his door. In 1995, the superstar was working on a collection of her best ballads and wisely turned to Foster to co-write songs for the new project. They met in New York and came up with three songs – “You’ll See,” “I Can’t Forget,” and “One More Chance.”

“You’ll See” became the debut single from “Something To Remember.” It reached the top ten all over the world. It is a very nice ballad with a dominant Spanish guitar. It was considered as a follow-up to the Babyface produced “Take A Bow.”

The second song, “I Can’t Forget,” wasn’t included on the album and it’s still unreleased today. “One More Chance” was also released as a single, but although we think it’s superior to “You’ll See,” it is often overlooked. Both songs are acoustic and similar in their mood. However, “One More Chance” offers the most beautiful and delicate vocal performance by Madonna while Dean Parks does a magnificent job with his guitar. Another nice touch is added with a gentle string arrangement and Suzie Katayama’s cello performance. 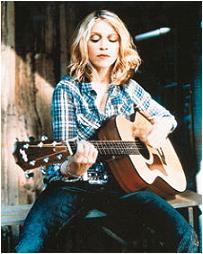 Give me
One more chance