THIS LOVE THAT WE’VE FOUND

Heat released a couple of very good records in the early eighties, both clearly influenced by Earth Wind & Fire and performing some of the most refined R&B sounds of those years.Sax man Tom Saviano was the leader of the group which included vocalists Jean Marie Arnold and Joe Pizzulo, who was replaced by Ed Whiting for the second album and would later work with Sergio Mendes. Saviano wrote all the material here and co-produced the work with David Wolfert. There are dance floor anthems including the opener “Just Like You” (reminiscent of the Emotions) and “Side Steppin’.” However, the real treats are the gorgeous ballads “Whatever It Is” and especially “This Love That We’ve Found” with David Foster. This song is a breathtaking, jazzy ballad that benefits from Foster’s delicious work on piano and fender rhodes. Other key elements are the prominent strings and horns, smooth vocals and all the effective chord changes. Tom Saviano arranged the song plus he plays the tasty saxophone licks and solos. Foster appears on other tracks of the record like “It’s Up To You” and especially the breezy up-tempo “Don’t You Walk Away.” Other great names appearing here are Jerry Hey, Steve Porcaro, Jai Winding, Ed Greene, Victor Feldman, Harvey Mason plus countless others.
Recently, Saviano released a couple of nice solo cds and has also been a member of the Sons Of Champlin. He was also part of Bill Champlin’s solo band and their collaboration has been the fundamental element of Saviano’s musical life for the past ten years. 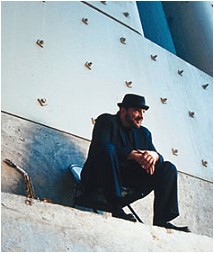