ONE THING ON MY MIND

The Keane Brothers started in the seventies as children prodigies, releasing albums and appearing on famous TV shows. Their first record was one of David Foster’s first productions and it showcases the precocious talent of Tom and John Keane who were just 12 and 10 respectively when it was released in 1976. Amazingly enough Tom Keane basically wrote all the material on it and sang it with John. They also had a good hit single from that record with “Sherry” written by Dwayne Ford.
Two years later they released their second work, “Takin’ Off” which was produced by Lamont Dozier with two tracks produced by Foster with David Paich. The Dozier produced tunes are more in a soul/Philadelphia sound vein while Foster and Paich bring the Keanes to their fine pop territory.

“One Thing On My Mind” is a very good uptempo song with Tom Keane’s aggressive vocal performance surrounded by keyboards and strings played and arranged by the two Davids.

After this record the two brothers formed another band, “Keane”, in the early eighties and recorded two good pop/rock albums that earned them the title of “Little Toto”, take a listen and you’ll understand the reason why.

Through the years Tom Keane has also written famous hit songs with Foster like “Through The Fire” and “Will You Still Love Me” and has produced people like Celine Dion and Taylor Dayne. He is a world class talent still writing and producing to these days, you have also to check out his last cd entitled “Smoove And Juicy Covers” where he sings and plays some of the best hits of his songwriting career.

John Keane today is writing music for famous TV shows like “C.S.I. (Crime Investigation Scene)” and has been playing drums for many big names including Chicago, Michael Bolton and Richard Marx. He has also released, in 1999, an interesting solo entitled “Straight Away”. 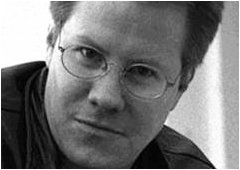