We just mentioned a few weeks ago the great results of every Foster collaboration with fellow producer Tommy LiPuma and here they are again, this time Foster appearing on Brenda Russell’s 1983 album, “Two Eyes”, that Lipuma produced. Foster and Russell friendship goes way back in time too. They first worked together when a young Foster collaborated with her and her then-husband Brian Russell on their “World Called Love” record, co-writing and playing on many songs, then, in 1980, they wrote songs together with Maurice White for the EW&F record, “Faces”.

“It’s Something!” is a delicious pop song, another example of Foster’s talent to write a simple (to the ear) but “complicated” melody with Russell singing her own lyrics about a newly found love as Foster plays his own multi layered keyboards; we suggest you to listen carefully to the fender and piano intro and the work of the synths through the tune cause they are as perfect 80’s Foster as you can find. “It’s Something!” has been covered a few times by Leslie Smith and Lalah Hathaway among others.

“Two Eyes” has many other great moments you like “I Want Love To Find Me” by Russell and singer/songwriter Bill LaBounty, “Hello People” that she co-wrote with Mike McDonald and “Jarreau” a song obviously dedicated to the great singer who guests on the cd together with a stellar cast of players and singers. If you want to listen to some of the best pop sounds of that era just look for this record but Russell is still writing and recording new music so if you want a taste of the “new” but always “classic” Brenda Russell buy her “Paris Rain” cd that came out a couple of years ago, it shows that she gets better with age and that there’s life and good music that’s not on the charts and avoid the rap and hip hop craziness. 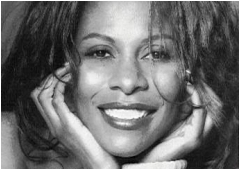