This new compilation includes the group’s big hits including “Pick Up The Pieces,” “Cut The Cake,” “Queen Of My Soul,” “Let’s Go Round Again,” “Cloudy” and “A Love Of Your Own.” Going through this lavish nineteen cd collection, we stumbled upon an incredible number of fantastic lesser-known album tracks, high-quality b-sides and rare songs. One of these shining gems is “Love Won’t Get In The Way.”

Co-written by Gorrie and Stuart with R&B singer/songwriter Gavin Christopher, “Love Won’t Get In The Way” is a spectacular mid-tempo funk tune that sports an irresistible beat, enticing breaks and tantalizing changes. AWB’s trademark vocal blend is in the spotlight with in-your-face horns to put more pepper on this elegant funky jam. David Foster produced “Love Won’t Get In The Way” with his usual, rich approach that results in amazing ear-candy. The song was originally included on the 1980 “Volume VIII” album released by Atlantic Records that included four songs produced by Foster. You will find “Love Won’t Get In The Way” and many other Foster-related goodies on the aforementioned box-set. It offers music lovers a welcome opportunity to rediscover the greatness of AWB’s history. The group is still active today with concerts and recordings as is their former bandmate Hamish Stuart with his own band. Check out Average White Band to appreciate their timeless talents and legacy of great music. 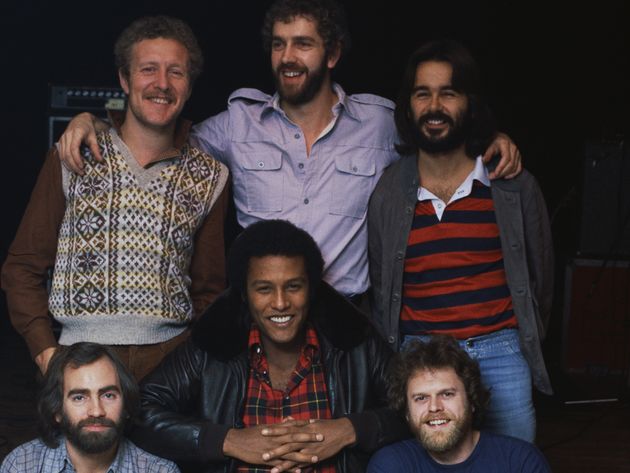