from THE BEST…SO FAR

Anne Murray’s 1985 hit single, “Now And Forever (You And Me),” was co-written by Randy Goodrum and David Foster plus produced by Foster. It was a #1 country single and top ten Adult Contemporary hit. The song was part of Murray’s album “Something To Talk About.”

Another Foster produced gem from those sessions entitled “Over You” didn’t make the final cut. It’s a sweet, tender ballad that luckily resurfaced ten years later as part of the Canadian superstar’s “The Best…So Far” collection. Released in 1994, this greatest hits compilation presented a remastered version of “Over You” that was also the lead single off that album. “Over You” was co-written by top Nashville songwriters Byron Hill and Tony Hiller. Here’s how Hill remembers the story:

“Tony Hiller and I wrote “Over You” way back in 1984.  Our good friend, the late and great Canadian singer Colleen Peterson sang the original demo, which immediately cast the song in the direction of Anne Murray.  Somehow it got to Anne and David Foster produced the recording on her sometime around 1984 or 1985.  Tony Hiller and I were very disappointed to find out that it had been bumped from the album.  Amazingly, nearly ten years later, I was at the CCMA Awards in Calgary when one of Anne’s staffers approached me to tell me that Anne was searching through old masters to find a recording she could used as a single to promote her hits album to be titled ‘The Best So Far.’ The recording caught everyone’s ear, they tracked down the master (which had long since been stored at an engineer’s home in Los Angeles under his bed…so the story goes).  One thing lead to another and the recording was spruced up, remixed, and finally released as a single and released on Anne’s album in 1994 (ten years later!).”

“The Best…So Far” presents all the most loved hits of Murray’s career and was certified platinum. Most importantly, it gives Foster fans a chance to enjoy the beauty of “Over You.” 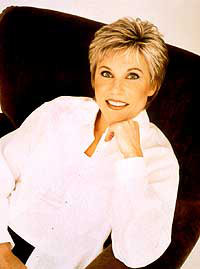