Katherine Jenkins is a talented Welsh soprano singer whose magnificent voice and great looks built her big success in the UK. The young singer steadily dominates the classical/crossover charts with her albums that effectively mix pop with opera and classical music.

Jenkins’ style can be defined as Barbra Streisand meets Josh Groban. The singer flew to Los Angeles in 2009 to start working on her new project with super-producer David Foster. The fruit of their collaboration, “Believe,” was released in October that same year. Foster’s expert touch with the arrangements and his shrewd song selection gave Jenkins a perfect vehicle to broaden her audiences and take a shot at the mainstream market. The vocal performances are all noteworthy and the material included gave Jenkins the chance to impress listeners with her operatic singing, but also contained tender pop moments that are clearly Streisand influenced. The most ambitious crossover moment is a cover of Evanescence’s “Bring Me To Life” that sports a great arrangement and fantastic vocals. There’s also a touching duet with Andrea Bocelli on “I Believe” and a beautiful take of Ennio Morricone’s “ La Califfa ” with Chris Botti’s smooth trumpet playing. The sweet pop sounds of “Fear Of Falling” are courtesy of Richard Marx while David Foster and new Italian singing sensation Malika Ayane co-wrote an outstanding waltz entitled “Ancora Non Sai” that features violin virtuoso Andre Rieu. Among the other covers on “Believe” are Queen’s “Who Wants To Live Forever,” Edith Piaf’s “La Vie En Rose” and Bob Marley’s “No Woman No Cry.” “Believe” reached #6 on the UK Albums Chart and was certified gold while a remix of “Bring Me To Life” became a dance hit. 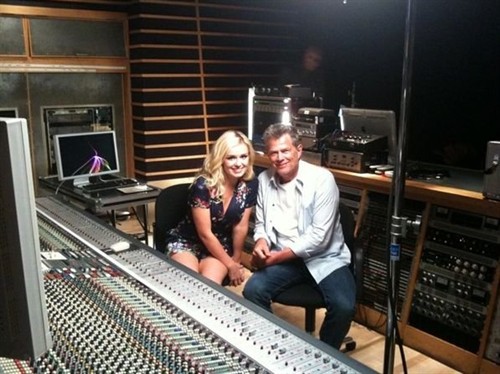