Fools Gold started out in the mid-Seventies as Dan Fogelberg’s backing band. The Country/Rock group included Tom Kelly on bass and vocals, Denny Henson on piano, guitar and vocals, Doug Livingston on pedal steel and keyboards plus Ron Grinel on drums.

In 1976, Fools Gold released a solid, self-titled album supported by Glenn Frey, Don Felder and Joe Walsh of The Eagles. The album was obviously influenced by the soft rock sound of that super group and Fogelberg, who also donated a couple of his compositions for the set.

In 1977, only Kelly and Henson were still in the band for the sophomore release entitled “Mr. Lucky.” Keith Olsen of Fleetwood Mac fame produced the album and he enlisted his favorite session cats like Jeff and Mike Porcaro on drums and bass respectively, Tom Scott on sax plus David Foster and David Paich on keyboards. Foster also arranged the whole album with Fools Gold. The young keyboardist was a fixture on Olsen’s productions of the Seventies for people like The Sons Of Champlin, Bob Weir of Grateful Dead and Russ Ballard. Olsen also engineered some of Foster’s early productions for Attitudes, Alice Cooper and Airplay.

“Mr. Lucky” had some Country/Rock moments, but also showcased some Boz Scaggs’ inspired Rock’N’Soul and a few intense Pop/Rock ballads. Foster’s touch gave the material polish and class. The vocal and instrumental performances are top notch with a special mention to Kelly’s tenor voice. Among the highlights there are the up-tempo, funky/rock title track, the sophisticated ballad “Captain” that sports a fantastic orchestral coda courtesy of David Foster and the rocking opener, Sweet Country Air with echoes of The Doobie Brothers.

After the release of “Mr. Lucky,” Fools Gold disbanded. In 1983, Kelly started another group with Billy Steinberg called “I Ten.” They eventually moved on to a very successful career as songwriters co-writing giant hits like “True Colors” for Cindy Lauper, “Like A Virgin” for Madonna, “Eternal Flame” for The Bangles and “Alone” for Heart. Henson kept working as songwriter and backing vocalist and briefly joined Country group The Remingtons in the Nineties. 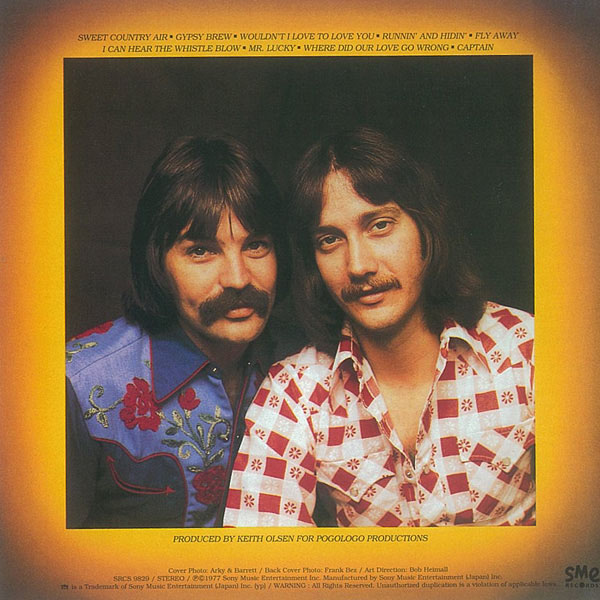