NOTHING YOU CAN DO ABOUT IT

“Nothing You Can Do About It” was one of the pinnacles of David Foster’s songwriting career. The Hitman co-wrote the music of this milestone pop song around the end of the seventies with his pal Jay Graydon. Steve Kipner provided the positive lyrical content. Graydon produced a fantastic version of this tune for Manhattan Transfer’s 1979 Extensions album, although the definitive take of “Nothing You Can Do About It” belongs to the legendary, quality pop sounds of Foster’s and Graydon’s Airplay. It wasn’t easy to challenge such a glorious recording in terms of arrangement and execution, yet in 1982, singer/songwriter Leslie Smith re-worked “Nothing You Can Do About it” with great results for his solo album, Heartache.

Smith was originally a member of the pop/soul group Crackin’ that released four very good albums between 1975 and 1978. Crackin’s rhythm section included Rick Chudacoff on bass and Peter Bunetta on drums that eventually became a successful team of producers and were behind the glass for Heartache. Their version of “Nothing You Can Do About It” was absolutely top-notch with a respectful ear to the Airplay original arrangement, yet they added a few smart ideas to give the song’s irresistible melody a little different feel. Smith’s creamy vocals were a joy to listen to here and on the whole record. The guy is a true pro and his performances were sublime. The backing track presented noteworthy guitar work by Brian Ray and Dennis Herring with some mean horns arranged by Tower Of Power alumni Lee Thornburg that rival the unique work of Jerry Hey on the Airplay original. Heartache was a masterpiece for the lovers of west coast music with its various influences of pop, soul, jazz and doo-wop. Among other treats on the album was a cover of “It’s Something,” co-written by Foster and Brenda Russell, the smooth sounds of “Love’s A Heartache,” written by Ned Doheny and “Don’t Shut The Door (On My Love),” a jazzy/pop gem that Smith co-wrote with Lester Abrams, also of Crackin’.

In 1992, Smith released his sophomore cd entitled Les Is More. It was another example of his world class talent with many great renditions of pop evergreens including Earth, Wind & Fire’s “After The Love Has Gone.” 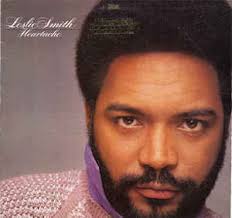 It has begun
Nothin’ in the world can stop it now.
It’s in control,
We might as well just try to stop the wind.
Give up!
Give in!
You lose!
Love will always win.
Start surrendering:
Stop resisting!

Destiny!
We are what fate intended us to be.
Can’t you see?
We’re all a part of some eternal plan
So give up!
Give in!
Find more lyrics at ※ Mojim.com
You lose!
Love will always win.
Start surrendering, oh!
Stop resisting!