Jordan Smith was the winner on the ninth season of American singing competition, The Voice. Smith’s gorgeous voice made immediate buzz among the show’s millions of viewers and inside the music industry as well with its beautiful tone, great power and perfect delivery. The twenty-two year old’s sweet and tender performances were tailor-made for adult contemporary audiences, but, through the most inspirational material, deeply rooted in Christian music. Given his vocal potential and overall positive persona, Smith immediately became a David Foster protégée. Foster performed with the young singer at some high profile events and eventually produced a few tracks on his debut cd, Something Beautiful.

Foster crafted four top-notch covers while Stephen Moccio, another top Canadian music-maker, worked on the remainder of the cd. Smith and Foster brought to life a heart-warming rendition of the Joe Cocker staple, “You Are So Beautiful,” Sarah McLachlan’s masterpiece, “Angel” and the Judy Garland classic, “Over The Rainbow.” The fourth track produced by The Hitman was “Amazing Grace,” the most impressive of the group and the Song of the Week.
This tune has been covered by a who’s who of outstanding singers because “Amazing Grace” has been dubbed as one of most famous Christian hymns. Smith flew high and delivered a true piece of musical art under Foster’s expert direction. The singer gave an emotional performance backed up by the Canadian legend on piano plus luminaries including Nathan East on bass and Teddy Campbell on drums. The icing on the cake that enhances the inspirational value of this traditional piece to the max was the appearance of modern gospel great, Kirk Franklin, who came up with a spectacular choir arrangement. Smith’s take on “Amazing Grace” was a Christian hit that reached #31 on that chart.
Something Beautiful presented a bunch of other great covers produced by Moccio. It debuted at #2 on Billboard’s Top 200 by selling around 52,000 copies in its first week. Something Beautiful was also the highest entry and produced the best sales week ever for any contestant of The Voice.
To Foster’s faithful fans, Smith’s history of success should bring to mind the tale of the late Warren Wiebe. Although gifted with a remarkable and unique voice, Wiebe was another super talent who never had the chance to make it as a recording star. Today, with talent shows like The Voice, he would have been given a chance to shine. All those who appreciate Jordan Smith should go and look for Wiebe’s noteworthy songs to discover one of the most beautiful, “unknown” voices of the past 30 years. 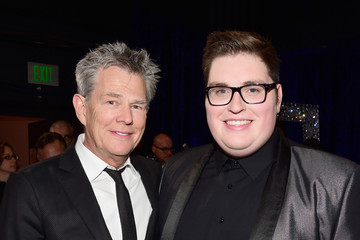